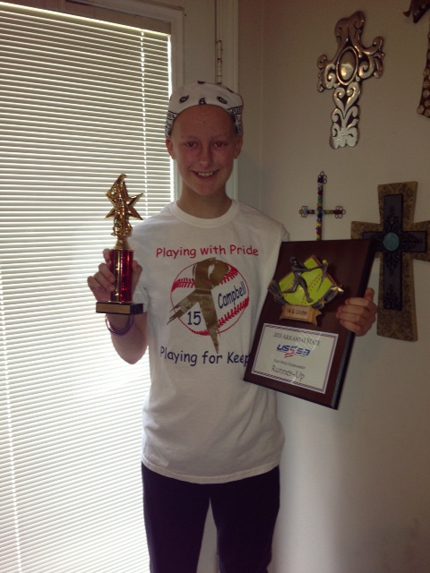 Arkansas Pride 12u softball team from Central Arkansas recently played in the USSSA World Series in Collierville, Tenn., but kept the 501 and one of their teammates in their hearts.

As the team traveled and competed, they dedicated the season to Kaitlyn Campbell of Cabot. The eighth-grader, who plays catcher on the team, was diagnosed in March with Ewing’s sarcoma.

According to Stephanie Hinsley, whose daughter Marlee is on the team and has played with Kaitlyn since they were 6 or 7, Kaitlyn had surgery two weeks ago to remove the tumor, and chemotherapy is continuing.

The team is close-knit, according to Stephanie, with members from Conway, Quitman, Mount Vernon and Vilonia.

A benefit fund has been set up for Kaitlyn and her family at First Security Bank.