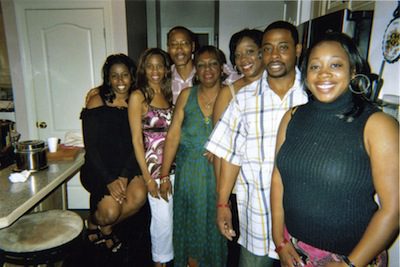 After enjoying several lucrative years as a locomotive engineer for Amtrak and Union Pacific Railroad, his life took a drastic turn. As the result of a train accident, he was injured and had to retire.

At that point, he stopped running from his calling to pastor. “That was God’s way of putting stuff in place. He put ministry right back in my face. I went full time into this ministry and accepted my calling.”

After pursuing ministry training in Atlanta, he went on to serve Gaines Street Baptist Church in Little Rock for 36 years as the children’s pastor. He then moved on to Gaines Street where he led the health and fitness ministry.

Yet all along he knew that he would one day start his own church. That day came in the new millennium, in January 2000. He and his wife used their personal savings to purchase their first church building on South Spring Street in Little Rock, which clearly displays his commitment to ministry.

He and his wife were equally dedicated to the work of Changing Channels.

“Shirley knew I was called many years ago. She kept questioning me about why I wouldn’t walk in [my calling]. She actually was preaching before I was.”

Though he loves his church family, which has grown to 250 members today, the Bishop’s first commitment has always been to his biological family.  He and Shirley were high school sweethearts at Horace Mann High School and married in 1967 at the young ages of 17 and 18.

They had five children – Tamitha; twins Phlecia and Alicia (who died in infancy); and twins Antoniette and Anderson III – who were born within three years. The baby daughter, Physhuna, trailed into the family five years later.

“We have a very close family. All of [my children] had a part in the church. Even as I speak. Always have.”

By the time he and Shirley began their ministry, their children were already grown and held various positions in the church. Antoniette is an elder and the church administrator. Phlecia is also an elder, while their only son, Anderson, serves as a deacon. Physhuna lives in Atlanta, but sings in her father’s choir every time she visits her hometown.

Life was nearly perfect for this ministry family. Then in 2008, tragedy struck. Doctors diagnosed Tamitha, then serving as an elder, choir and dance director, youth director and church administrator, with sarcoma cancer. While her physicians debated over the treatment of her rare form of cancer, Tamitha quickly grew more ill. In December of that same year, at the young age of 40, she passed away.

“It tore up the family for a minute,” says the bishop of his daughter’s death. “It did some damage. It was very hard for her mother to deal with it. It took a toll on her. We never got over it.”

He says the whole church was in chaos afterward. The community could not grasp that the vibrant choir director, dancer, youth leader and pageant winner (Mrs. Little Rock International 2008) was gone.

The Anderson family grew closer, looking to God to heal their wounds and nourish the bond between them. And then tragedy struck again.

Two years after losing his precious daughter to cancer, Bishop’s wife of 43 years was diagnosed with pancreatic cancer. With great hopes, she began treatments in October 2010, yet passed away just two months later.

Devastated once again, he looked to area pastors to support his pulpit ministry.

“It took me a month and a half to get back to preaching. I just couldn’t do it. I couldn’t face reality. The community knew that my wife and I loved each other, and we were in love with each other since childhood.”

Through his faith in God, Bishop Lewis has begun rebuilding his life and ministry. On Nov. 6, Changing Channels celebrated its 11th anniversary. Their theme, “Broken, But Still Standing,” spoke volumes for their pastor’s personal testimony through the tragedies he has overcome.

“It’s not easy at all. But we have to know that we have a higher power and that God is really on our side. And out of all the pain and agony, we must live and not die and carry on the mission that He called us to do at Changing Channels and in our personal lives.”