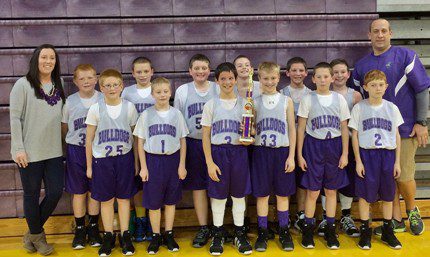 
The St. Joseph fifth and sixth grade girls were eliminated earlier in the tournament. There are no fourth grade teams at St. Joseph.