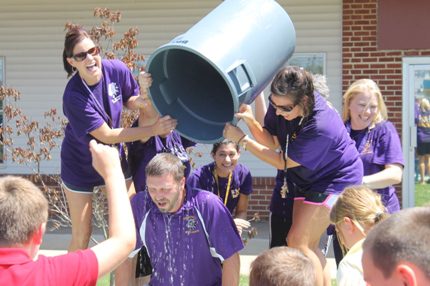 The St. Joseph Elementary and Pre-School recently took part in a challenge in support of people battling Amyotrophic Lateral Sclerosis (ALS), which is commonly known as "Lou Gehrig’s Disease."

ALS is a progressive disease that affects nerve cells in the brain and spinal cord. Gehrig was a baseball player for the New York Yankees whose career was cut short in the late 1930s because he  became afflicted with ALS.


The Ice Bucket Challenge is a national awareness and fund-raising campaign that has raised $31.5 million in the last few weeks compared to $1.9 million during the same time period last year. The challenge is to either donate $100 to the ALS Association or have a bucket of ice water dumped over your head. Many are doing both.

The challenge began at St. Joseph when former pre-school employee Catherine Zinno issued it in honor of Lynn Sterka, a pre-school aide who’s recently been diagnosed with ALS. She has grandchildren in both St. Joseph Elementary and High School. 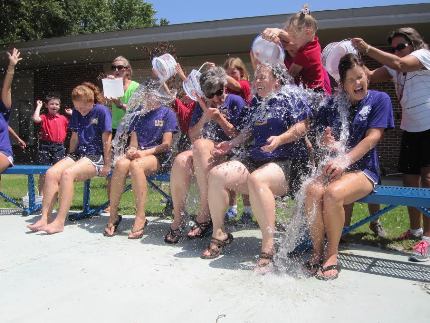 There have been some diocese and Catholic schools which have put a freeze on the ALS Ice Bucket Challenge due to the ALS Association’s support of embryonic stem cell research. In consultation with Arkansas Bishop Anthony Taylor, the diocese approves the "Ice Bucket Challenge" sponsored by schools as long as they donate to a "morally" acceptable charity. One such charity is the Saint John Paul II Medical Research Institute in Iowa which conducts ALS research on adult stem cells. This is where donations from St. Joseph will go.