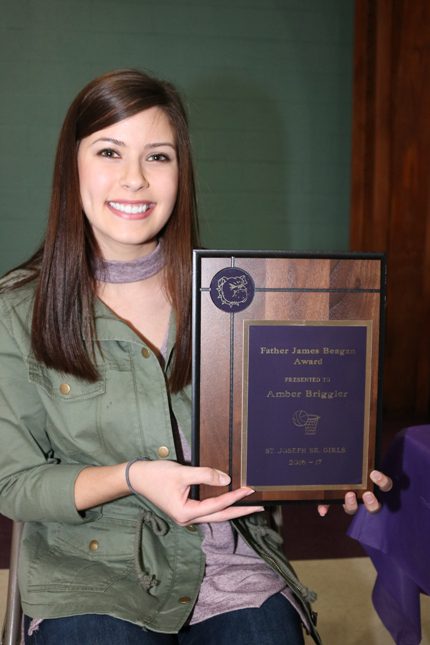 
Boy and girl athletes in the seventh through 12th grades were recognized, including the cheerleader squads.


The highest of these awards are presented to the senior players who best demonstrate all-around excellence on and off the court.

Amber Briggler was selected for the Father Beagan Award, named in honor a former associate pastor at St. Joseph who was instrumental in starting girls basketball in the mid-1950s.


Amber and David were named to the 2016-17 edition of the 501 Basketball Team, which recognizes players for their contributions on and off the court.