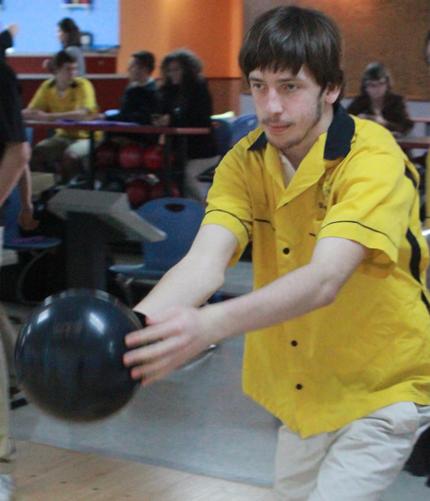 
Sophomore Andrew Marks led all bowlers with 574 pins. Junior Grant Merkel was fourth with 528. Senior Aaron Hoelzeman was fifth with 525, and junior Nathan Hambuchen was seventh with 518. All four boys were also named All-Conference.


The St. Joseph Girls Bowling Team finished in fifth place at the tournament with 2,408 pins. Mayflower was first with 2,625. Riverside and Izard County Consolidated were second and third. Junior Mary Rose Siebenmorgen was the No. 4 bowler in the tournament with 398 pins. Junior Tia Massa was ninth with 374. Both girls were named All-Conference.

Both the boys and girls teams qualified for the state tournament which will be held in Cabot on Wednesday, Feb. 18.