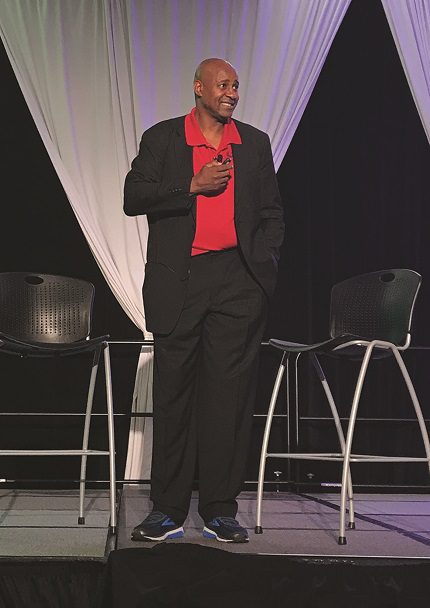 Sidney Moncrief — the former Razorback All-American, five-time NBA All Star and two-time NBA Defensive Player of the Year — will give a presentation titled “Achieving Greatness” at 6:30 p.m. Tuesday, Feb. 6, in the Fine Arts Auditorium at the University of Arkansas Community College at Morrilton.


This event is being held in celebration of Black History Month.


Moncrief, a Little Rock native, was part of the team that carried the Arkansas Razorbacks men’s basketball team to the Southwest Conference championship, as well as a Final Four appearance in 1978. He held the university’s all-time leading scorer record until Todd Day broke his record in 1992.


As the fifth overall draft pick in the NBA, Moncrief went to the Milwaukee Bucks in 1979, spending the next 10 seasons with the team, and garnering a reputation as a tenaciously defensive player on the court. In a Los Angeles Times article, basketball legend Michael Jordan told a reporter, “When you play against Moncrief, you’re in for a night of all-around basketball. He’ll hound you everywhere you go, both ends of the court. You just expect it.”


He later went on to coach the men’s basketball team at the University of Arkansas at Little Rock during the 1999-2000 season. In 2006, Moncrief signed on as head coach of the Fort Worth Flyers, a professional basketball team in the NBA D-League. He rejoined the NBA in October 2007 as a shooting coach for the Golden State Warriors, and in 2011 returned to the Milwaukee Bucks as an assistant coach.


Moncrief will begin his presentation at 6:30 p.m., with doors opening 30 minutes prior. The event is free, open to the public, and suitable for all ages.


Attendees will have a chance to ask Moncrief questions after the presentation.


For more information, contact Mary Newsome at 501.977.2044 or [email protected]. If you have an accommodation need for any UACCM event or service, please contact Counseling Services at 501.977.2095.