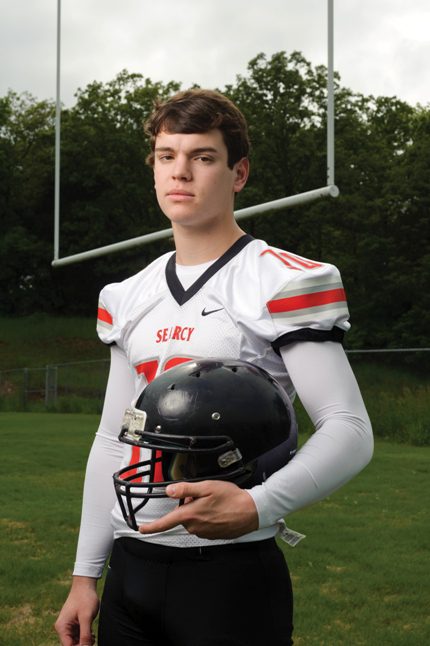 
All across the 501, football season is in full swing. For many cities across Central Arkansas, there’s nothing quite like the atmosphere under the Friday night lights. For Searcy quarterback Andrew Neaville, it’s the senior’s favorite time of year.


“Friday nights are the best here in Central Arkansas,” Neaville said. “As a kid, you grow up playing football and going to high school games. You know all the players’ names. You see them under the lights and know that is exactly what you want to do when you grow up. In Searcy, everyone wants to wear the jersey and go out there and represent the team and the town.”


Neaville was selected to this year’s 501 Football Team — 27 players representing all 11 counties of the 501. The team boasts the best the 501 has to offer both on and off the field. Neaville was nominated by former head coach Jeromy Poole.


“Andrew is a competitor,” Poole said. “He always wants to win, but he respects the game and the people that he competes against. He’s a good teammate because he puts the team first over personal goals and he is always looking for a way to help us be successful as a team.”


In 2015, Neaville has been on fire for the 2-0 Lions. In two games, the senior has completed 27-of-47 passes for 423 yards and five touchdowns in wins over Greene Co. Tech and Batesville.


“It’s my last year to put on the jersey, and I want to go out on top,” Neaville said. “It’s a bittersweet time for me. I want to make all-state. The team wants to win a state championship. On our schedule, Coach Kelley has the date of the state championship game circled, and that’s something that we’re always thinking about and are always focused on. But I also look at every game knowing that it will be the last time I ever play against that team.” 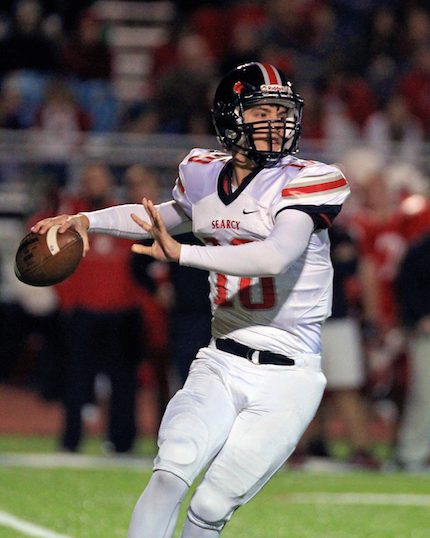 Off to a great start, Neaville and the Lions are working hard to erase the memory of the Lions’ four-win season and first-round playoffs exit in 2014.


“We play in the 7A/6A East, which may be the best conference in the state,” Neaville said. “We’re the smallest school in Class 6A. The other teams — they’re bigger and faster than us — so we really have to try hard in practice and try to be smarter than them because that where we get our edge.”


After he finally hangs up his jersey, Neaville says that he won’t stray too far from the place he calls home.


“It will be hard to say goodbye,” Neaville said. “I love football — I’ve been playing all my life and I don’t really remember life without it. After high school, I want to go to college and become an oral surgeon so that I can follow in the footsteps of my dad, who is a dentist. No matter where my career takes me, however, I will always come back and support my old team.”


Off the field, Neaville plays point guard for Lions basketball and is a member of the Spanish Honorary Society at Searcy. In his free time, the senior focuses on his faith, volunteering for KLIFE, a youth ministry that spreads the word of God to middle school, junior high and high school students.