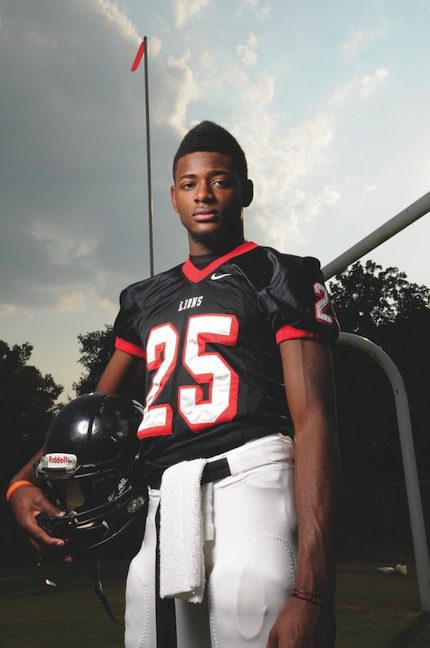 
The Lions faced a tough transition to the 7A/6A East facing the likes of North Little Rock and Cabot, but Searcy took care of business against Little Rock Central, Mountain Home, Marion and West Memphis to earn a trip to the playoffs.


The fun didn’t stop there as the Lions snuck past Siloam Springs in the first round, 49-48. The Lions’ season came to an end in the quarterfinals the next week at El Dorado.


Coach Tim Harper has moved on to Mena, paving the way for new Searcy head coach Jeromy Poole, who brings with him a more up-tempo offensive philosophy.


“Higgins played and contributed on both sides of the ball last season and was an all-conference player,” McCain said in the nomination. “He will be a playmaker.”


Senior Desmond Gavin leads the way on the defensive line at end. Seniors Garet Dillon and Ethan McDonald could start at linebacker, and Higgins returns in the secondary at safety.

Classification: Senior
Position: WR
On the field: Good size, very athletic, great hands, a physical player and great teammate.
Off the field: Good student, liked by the administration and his peers, displays great character and integrity in everything he does.
Community work: He was recently involved in a community project with Valley Baptist Church Youth during their annual D-Now Weekend. The project consisted of raking leaves and assisting the elderly.
Sportsmanship: He is always positive in all situations. I can’t remember hearing a negative word come out of his mouth in the five years I have known him. He is very unselfish and loves to encourage his teammates and loves to see them succeed.
Classroom: He is a good student, very respectful to teachers, and leads by example.
Other: Karonce displays great character in everything he does; he is very respectful to teachers, administrators, coaches and other adults.