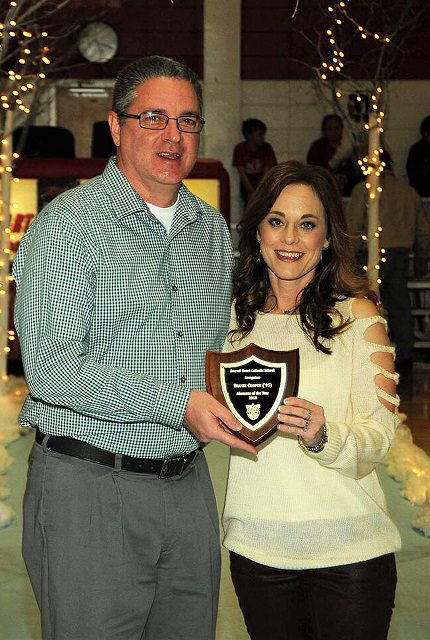 Sacred Heart School recently announced the recipients of the 2017-2018 Alumnus and Honorary Alumnus of the Year awards.


This year’s Alumnus of the Year is Brandi Stobaugh Cooper. She is a 1995 graduate of Sacred Heart and received a degree in marketing from the University of Central Arkansas in 1999. She attended Sacred Heart for all 12 years of her education, where she was cheerleading captain, co-valedictorian, president of student council and Beta club, prom queen and senior class vice president.


She spent the first part of her career in the bank marketing industry in Harrison and later Morrilton before transitioning to local business ownership. Since moving back home to Morrilton, she has been active in the local community while successfully owning and operating Merle Norman.


Brandi is the chair of the chamber events committee, a sustaining member of the Century League, a graduate of Vision 2020 and the recipient of the AR River Valley Tri-Peaks Tourism 2016 Award for Conway County.


Brandi is married to Kylan Cooper and their two daughters, Karlee and Kambree, attend Sacred Heart where Brandi’s leadership and love for the school has continued well after high school.


She is a founding member of the school’s development advisory board, serving as president for nine years. Under her leadership, the board has raised nearly $1.5 million for campus improvements, special projects and operating expenses. For the past year and a half, she has served on the Sacred Heart capital campaign where she has helped raise $3 million. She is committed to Sacred Heart through and through, making her a worthy recipient for this award. School board president Allen Andrews presented Brandi with a plaque in recognition of her service.


Martha is a graduate of North Little Rock High School and UCA, where she received a bachelor of science degree in business education. She worked at AFCO Steel in Little Rock as assistant purchasing manager before moving to Morrilton in 1982, hometown of her husband Fred, who is a Sacred Heart alumnus. 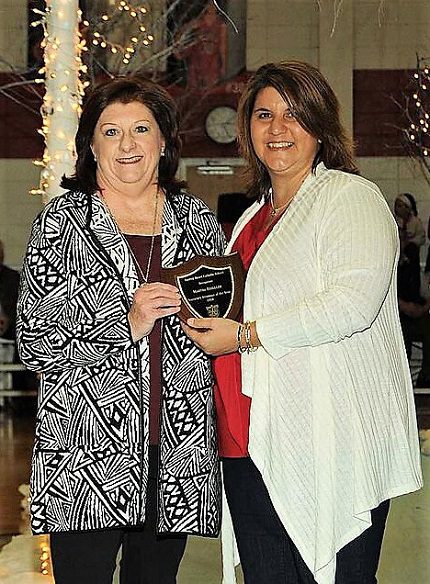 She began teaching at Sacred Heart in 1984 and over the years, she has taught all three of her daughters, Jennifer Sheets, Kayla Keith and Emily Lear; four of her brothers-in-law; and many nieces and nephews.


Her impact has gone well beyond her family with one previous student stating, “She goes above and beyond her scope as a teacher. She is the human personification of every little thing a Catholic education should want to enroot in pupils. She blows exemplifying it out of the water.”


In her time at Sacred Heart, Martha has been more than a teacher – she has been the senior sponsor for 32 of her 33 years, the yearbook sponsor and co-sponsor of the student council and Beta Club. She helped organize the first Grandparents’ Day and introduced students to the stock market game. She also is a founding board member for the Development Advisory Board.


Martha believes that God put her at Sacred Heart for a reason. Booster Club president Djuana Beck recognized Martha Briggler as this year’s Honorary Alumnus of the Year.