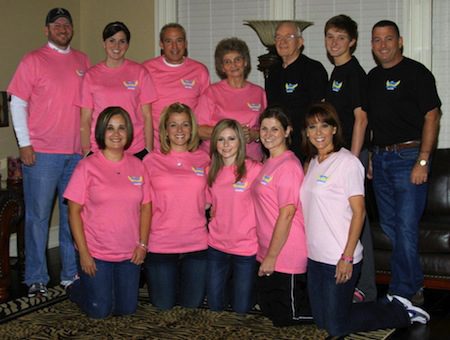 
Jim Atkinson is running a half-marathon on Saturday in memory of his daughter in hopes of making her dream of helping children come true.


Whittany – the youngest daughter of Jim and Carol Atkinson of Conway – was critically injured in a four-wheeler accident July 16 during a family gathering near Petit Jean Mountain. The teen and her cousin, Hope Young, had gone for an ATV ride, like they had done many times before, when an accident occurred.

Whittany was taken by air ambulance to a Little Rock hospital where she died the next day. Hope suffered minor injuries but has been deeply affected by the loss of her cousin and best friend.


Family members describe Whittany as being “full of life” and “bubbly” with lots of friends. A member of the youth group at Central Baptist Church, she was a junior at Conway High School. She was the younger sibling of brother Wes (and sister-in-law Daphne) and sister Brittany.


Nearly 1,000 attended the funeral visitation for the teen. In lieu of flowers for the funeral, the family asked that monetary donations be made to Soaring Wings Ranch. Located on 195 acres in the Holland community, Soaring Wings provides a Christian home to young people in difficult situations who need a chance to grow up in a loving, Christ-centered home. Currently, there are two homes on the ranch – one for boys and one for girls.


The last week in August, the family toured Soaring Wings to learn more about the ministry, which was started by Andrew Watson and his wife, Marla. “That night, Andrew presented to our whole family that he and Marla had been praying and they wanted to work together to build the Whittany Rae Atkinson Home,” said Brittany.


"When we heard about Whittany’s love and concern for hurting children, and about her desire for her parents to adopt, we knew we had to name the next girls home after her,” said Andrew. “Whittany also had a mature faith for such a young girl, and we desire to teach our girls through Whittany’s example that Jesus loves them, and that because life is brief we need to accept His gift of salvation while we can. That’s the mission of SWR, and who better to teach that to young girls who come our way than Whittany.


“Her story will be told for years to come." 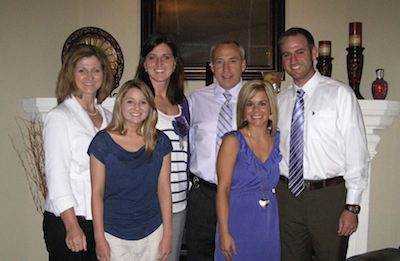 It was on that night in August that Jim decided to run in the half-marathon. “I am running in Whittany’s honor to help build the next girls’ home at Soaring Wings Ranch,” said Jim. “Her departing has left a gaping hole in our family. This recent loss has taught us that there are many people who are in real need. Although Whittany had a loving family who adored her, we have come to realize there are many children who will never know what real love is.”


Still working through their grief, the family is committed to helping build the 5,800-square-foot girls home which will cost about $350,000 to build. “Our prayer has been that something good would come out of this bad situation,” Jim said.


Jim hopes to raise $50,000 through sponsorships and pledges through his participation in the half-marathon. He has mailed 300 letters soliciting support and has received about $10,000.


“Whittany had a heart for children who found themselves in need of a home,” Jim said. “After hearing news stories of children who had been mistreated or abused, she frequently asked her mother and I if we could adopt a child. She repeatedly asked us why we would not adopt children since we had extra room to accommodate them.”


The first $50,000 for the Whittany Rae Atkinson Home was made possible from the 2011 Crain Buick GMC Ranch Ride. Chris Crain and Jay Myers of the "Crain Team" were very instrumental in its success  and felt it was a great fit to designate half of the proceeds to building the Whittany Rae Atkinson Home. Jim works at Crain as the general sales manager.


Jim has had an active lifestyle but has never before run long distances. Not only will Soaring Wings be his first half-marathon, it is his first organized race of any kind. “At age 52, I have never run more than a couple of miles much less a half marathon,” Jim said.


According to Brittany, her sister was an awesome cook who dreamed of owning a bakery and also being an OB/GYN. “Those were her dreams she talked about all the time.”


Jim describes Whittany as a very bright child, with a lot of wisdom despite her young age. “She liked to have fun and life was about having fun.”


There will be 50 to 100 family members/friends walking and running in the half-marathon. They will be wearing special T-shirts in Whittany’s memory. In addition, there will be 50 or so working a water stop which will also be decorated in pink.


Jim said the training and the fundraising for the home have given him an opportunity to spend his energy in a positive way. “It has been a release for me,” he said. “We have to keep living. You can’t stop living. Our faith keeps us going.”


Brittany said the large extended family of her mother’s and father’s sides have been deeply affected by Whittany’s death. Jim said both sides are very close because of their church and faith backgrounds. “I don’t know how people make it through tragedy without faith,” Brittany said, adding there is some comfort knowing that because of their faith they will see Whittany again.


“We know Whittany had that faith as well,” Jim said. “It makes it somewhat bearable.”


“Our family would like to help provide a ‘Rae’ of hope for young girls who have no hope or very little hope in this complicated world,” Jim said. “I’m doing it for a worthwhile cause in honor of my little girl who will get her dream of adopting a child.”