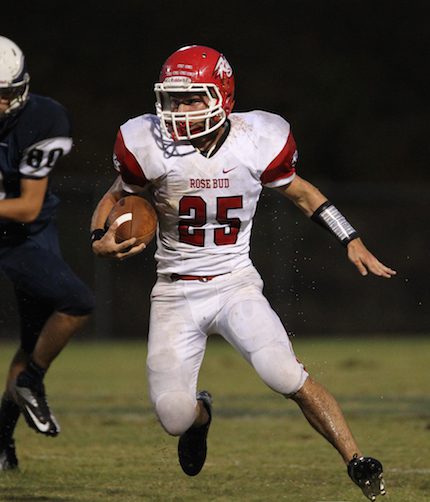 The Rose Bud Ramblers managed only two wins in 2013 — both in non-conference play — but the Ramblers were much better than their record would indicate. Rose Bud lost two 2-3A games — Bald Knob and Riverview — on the last play of the game.

One highlight for the Ramblers was Caleb Ferren, who represents Rose Bud on this year’s 501 Football Team. Ferren was the leading rusher for the Ramblers with 1,300 yards, despite not playing the first two games.

The Ramblers will be under new leadership with new head coach Kevin Coleman.

“Defensively we have got to tackle better and not give up the big play in the secondary,” Coleman said. “Offensively we must control the line of scrimmage and be more physical while blocking. We play in a tough conference and will have to play hard and stay injury free to have a chance at breaking into the top four playoff spots.

“Our strengths are the senior class leadership. They have really bought into what we are trying to establish. Our weaknesses include some physical strength. We have no 500-pound squatters or 300-pound bench pressers.”