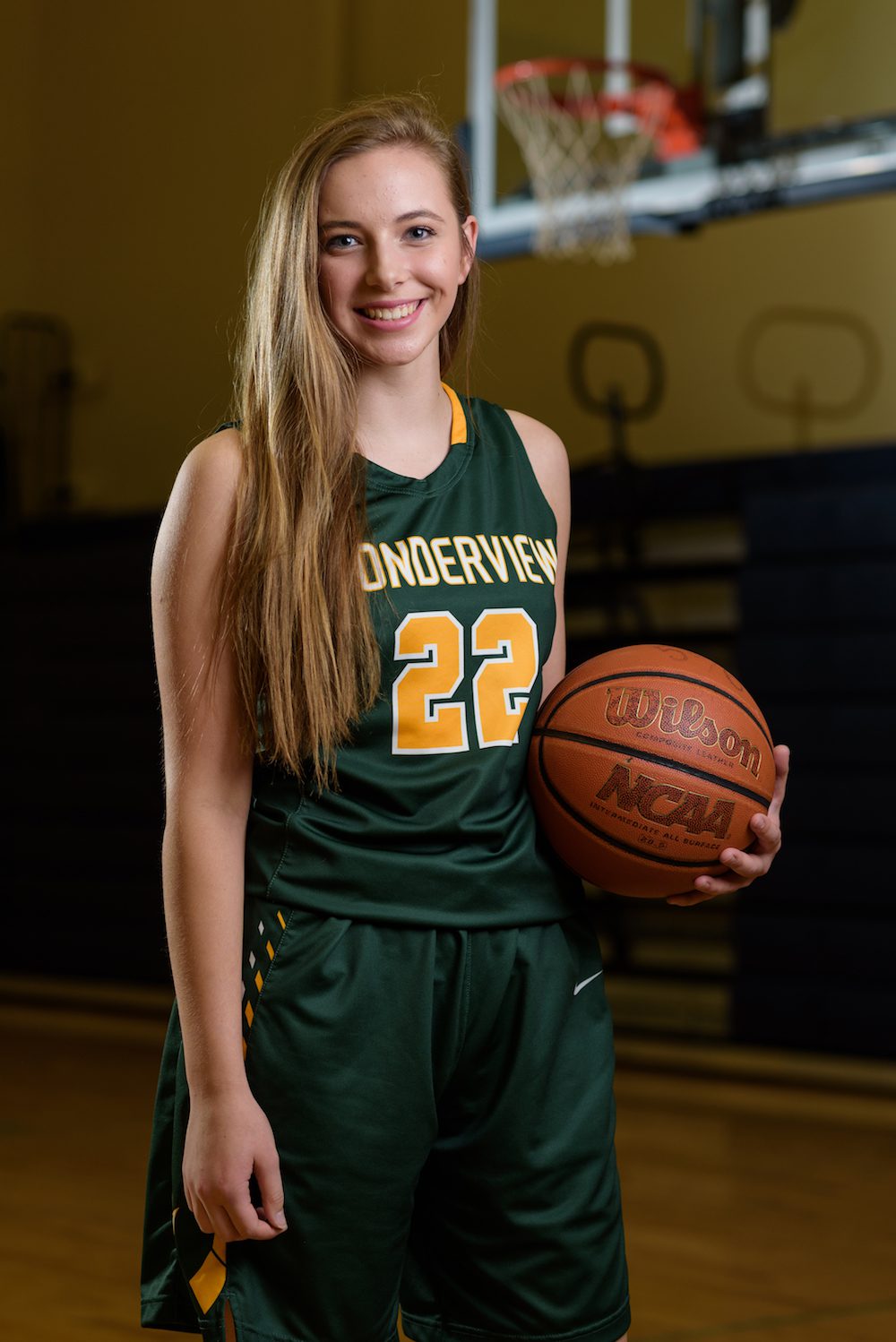 
This week, the second season begins for Shelby Reynolds and the Wonderview Lady Daredevils. The playoffs are here.


“Losing last year in the finals was tough, but I feel as if my team and I use the heartbreak of last year’s loss as fuel,” Reynolds said. “It is going to take a ton of hard work and determination and support from our school and community to go all the way again, but we are definitely ready.


“Our record (29-3) means a lot to us. It’s a reflection of how hard we’ve worked this season, and how hard we will continue to work in order to achieve our final goal. Finally claiming that state title for my team, my coaches, my school and my community to close out my high school basketball career would mean the absolute world to me.”


Reynolds, a senior post for Wonderview, was selected to this year’s 501 Basketball Team — 37 players representing the best the 501 has to offer both on and off the court. The team is sponsored by Conway Ortho and Sports Medicine, Conway Regional Health System and First Security Bank. Reynolds was nominated by her head coach, Jeremy Simon.


“I believe that Shelby is the most improved player on our team since last season. She is more confident in what she is doing on the court than she has ever been. She has a great high post jump shot and is running the floor really well. We need her at her best if we want to be successful.”


Reynolds got started with basketball at an early age, and like most Wonderview kids, the family legacy runs deep.


“I started playing basketball because my family has always been about sports,” she said. “To play basketball in my family is like taking your first steps, it just happens. I have lots of family members that have played at Wonderview and most definitely made their mark.”


The 1A 5 North district tournament is under way this week, and Wonderview, the No. 1 seed, is the favorite to win its fourth straight district championship.


“In order to finish the district tournament strong, my team and I just need to do what we always do, and that’s work together,” Reynolds said.

“We all have the same goals, and we all know what it takes to achieve those goals. So as post-season play comes upon us, we are ready to work harder than ever before and continue to play together as a team.”


The goal is simple — make it back to the state championship, and this time, finish the job. For Reynolds, the goal is to win it for her teammates, her community and herself, but also to bring the trophy home for her coach.


“Playing for Coach Simon over the years has been the best,” she said. “I may joke around with him a lot, and I may not always express how appreciative I am for the things he does for our team, but I am thankful to have a coach like him. Of course, he’s the reason we’ve had so much success, and I would love to win him a state championship for my last year. He deserves it.”


Simon will have his hands full replacing Reynolds and the role she serves for the Lady Daredevils.


“Shelby sets the bar for everything I expect a Lady Daredevil to be,” Simon said. “She is a great teammate who cares more about team accomplishments than she does individual accomplishments. I never hear anything negative coming out of her mouth. She is always encouraging her teammates. She is responsible and is always at practice on time. She has a great attitude, hard work ethic and is a great leader for our program.

“In the classroom, Shelby always gives her best. She is a straight-A student and is striving for excellence. She sets a good example to her peers by always being on time, having her work finished, being engaged in classroom discussion and being respectful to the teachers.”


In addition to playing basketball at Wonderview, Reynolds also plays softball for the Lady Daredevils. Off the court and field, Reynolds serves in various roles in the school’s local clubs (president of Beta Club, vice president of FBLA and reporter of FCCLA). She’s also a member of the student council and Fellowship of Christian Athletes. In the community, she’s involved in her youth group at Hattieville Missionary Baptist Church and in the CYM group at St. Mary’s in St. Vincent.


“After high school, I plan to attend the University of Central Arkansas to major in health sciences or psychology,” Reynolds said. “I will then use that degree to enter into the occupational therapy program at UCA. After I’ve completed the program, I plan to use that doctorate in order to work with children in the OT field.”


Reynolds and the Lady Daredevils closed out the 1A 5 North district tournament with a win in the finals against Mount Vernon-Enola Friday. Wonderview will begin play in the 1A 3 regional tournament next week in Greers Ferry.


“In the past, my team and I have fallen short of a state title,” Reynolds said. “We are not expecting heartbreak again this year.”