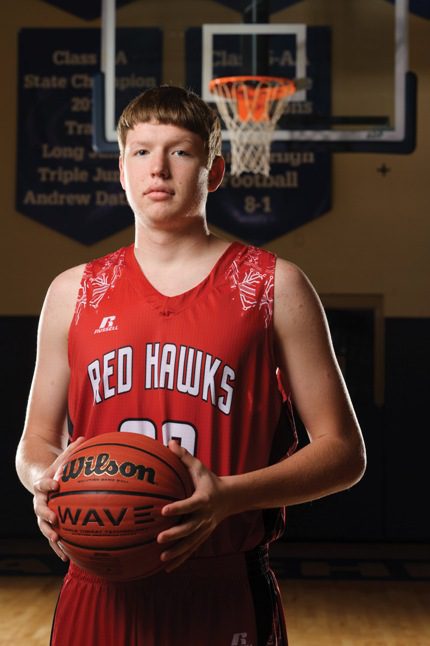 
As he enters the home stretch of his final season at Nemo Vista, senior guard Ty Virden hopes to accomplish one major goal before hanging up his Red Hawks uniform.


Virden was selected to this year’s 501 Basketball Team — 24 players representing the 501 has to offer both on and off the court. Virden was nominated by Nemo Vista’s head coach, Len Harris.


“Ty is a very versatile player,” Harris said. “He can play and defend all five positions. He is very skilled and is very dependable on the court. His teammates depend on him and he is very supportive. I expect Ty to be a great leader who holds his team together when adversity strikes.”


One of Virden’s fondest basketball memories came a year ago, when he helped lead his AAU team, Arkansas Wings, to a state championship and an eventual trip to the AAU national tournament in Louisville, Ky.


“It was tough competition for us,” Virden said. “We played against Arkansas Wings Elite, which is always a well-coached program. We were lucky to pull out the win and win state.”


Over the years, Virden has been plagued with injuries — challenges that forced the senior to miss time during his sophomore season after his appendix was taken out and last year after breaking his thumb during Christmas break.


“I still haven’t played a full season of high school basketball yet,” Virden said. “Thankfully, I’m surrounded by great coaching and great players. Coach Harris pushes me really hard and is an inspiration to me. [Teammate] John Ball can knock a shot down from anywhere. [Sophomore teammate] Seth Long will be good when he becomes a senior.”


In order to better himself on the court, Virden often studies the playbook of one of his biggest role models — NBA great Michael Jordan.


“I like to go back and watch vintage footage of Michael Jordan,” Virden said. “Every year he played, he improved. In the 90s, the Detroit Pistons always pushed him, so he had to push himself to get stronger for his team. That’s the kind of player I want to be.”


Regardless of this season’s outcome, the future is bright for Virden, who recently committed to play basketball for Lyon College in Batesville.


“The high academics drew me to Lyon,” Virden said. “I had offers from bigger schools, but the academics were important to me. I’m excited to continue playing basketball, but I’m also excited to focus my studies in science.”


Off the court, the two-sport athlete has received consecutive all-conference honors as a pitcher for Nemo Vista’s baseball program and volunteers his free time teaching basketball to the youth in his community.


“I coach a fourth-grade Pee Wee team,” Virden said. “My athletic director approached me and asked me if I was interested and I was very excited for the opportunity. I tell them to always try and give their best. Even if they mess up — I tell them to slow down and work on fundamentals and they’ll get better.”


“Ty will do anything asked of him,” Harris said. “He is very well-liked and has a great sense of humor. He is always laughing and joking. He’s a fun-loving, good student.”