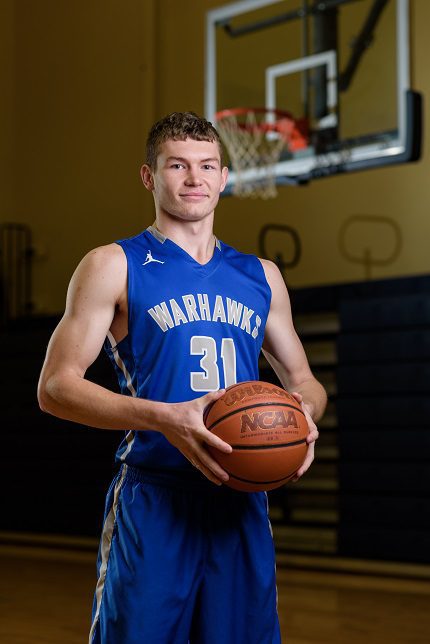 In a clash between two titanic teams, one long winning streak will be broken Friday as Mount Vernon-Enola travels to take on Quitman. For Warhawks senior Kanyin Martin, his team’s success is a culmination of compromise and chemistry.

“Ever since we were little, we all had the dream to grow up and do big things in high school basketball,” Martin said. “As seniors, we all came together at the beginning of the year and pushed each other as hard as we could and put aside all of our differences to be as good as we could be. Because of that, we’ve become closer not just as friends, but as a family, too.”


The Warhawks (23-6, 7-1 Class 5-1A North) haven’t lost since Dec. 27, reeling off 10 consecutive victories, including a nail-biting overtime win over Quitman, 56-55. On the road, Mount Vernon-Enola will have to work even harder to end Quitman’s eight-game winning streak this week.


“As a team, we’re almost at the point where it’s win or go home,” Martin said. “We want to play as hard as we can every night, no matter who our opponent is. Against Quitman, we need to pass the ball, make good shots and win the rebounding battle. This game is an important one for us because we want to keep our hot streak alive so we can keep it rolling through district, regionals and, hopefully, the state tournament.”


“Quitman is a very athletic team that is coached very well,” head coach Joshua Zarlingo said. “It’s going to be a battle for our kids. Our kids know their players very well. The team who wins the rebounding battle will probably win the game.”


Martin was selected to this year’s 501 Basketball Team — 37 players representing the best the 501 has to offer both on and off the court. The team is sponsored by Conway Ortho and Sports Medicine, Conway Regional Health System and First Security Bank. The senior was nominated by Zarlingo.


“Kanyin brings an energy to the court that is unmatched,” Zarlingo wrote in his nomination. “He has a lot of fight and doesn’t quit. He flies to the glass, and his love for his teammates is special. He is a true competitor that wants to win the right way.” With major bragging rights on the line, Martin will be tasked with manning the front lines in Friday’s battle against the Bulldogs. “My expectations of Kanyin are to give maximum effort on every play,” Zarlingo wrote. “He is an all-out hustle guy with a variety of moves in the mid-to-high post and mid-range game, and he rebounds the basketball well. No matter what he is asked to do, he does it at 120 percent. He is an all-around workhorse.”


When he’s not leading his team on the floor, Martin serves as a leader in the community, giving back to his school and the 501.


“In addition to basketball, I’m involved with Future Farmers of America at Mount Vernon-Enola High School,” Martin said. “In my free time, I help out at rodeo events at the Cowboy Church and participate in team roping events.”


“Kanyin has participated in many events throughout the community,” Zarlingo wrote. “[Earlier this school year], we had a benefit carnival for two of our teachers that have cancer. He worked several events at the carnival. Kanyin has a big heart that is always thinking of ways to help people. Whether it is on or off the court, Kanyin is always trying to make himself or others better. I’m really proud of the way he works, and I think he has a bright future ahead of him.”


As Martin eyes a promising postseason, the senior hopes his hard work will inspire the next generation of high school basketball players in the 501.


“Wear your knees out praying,” Martin said. “Everything I have ever achieved in my life is through Jesus Christ. Anyone who’s good at basketball isn’t good by chance. They put hours of blood, sweat and tears into that to be as good as they are. You must want to be successful more than anything else. If you really want that, you’ll be successful, no matter what it is in life.”