The awards stand at the recent National Junior Olympic Shooting Championships was dominated by former Arkansas Youth Shooting Sports Program athletes. The first- and second-place finishers of both the men’s and women’s divisions brought their medals back to The Natural State.


On the women’s side, Emily Underwood of Quitman edged out the 2015 Junior National Champion Grace Hambuchen of Maumelle to take home the gold.


“It’s a rush,” said Underwood after her win. “It’s crazy, actually. This is my fourth year coming here, so it feels good to finally get to this point. Somewhere deep inside I knew a performance like this was there. It was just a matter of when. All my hard work finally came together.”


With the win, Underwood earned a spot on USA Shooting’s National Junior Team. Hambuchen already claims a spot on the team as the 2015 Junior National Champion.


Old had a near-flawless performance during his final competition round, which led to his victory over second-place finisher Dustin McGowen of Greenwood.


“I’m on top of the world,” said Old, with an ear-to-ear grin. “It’s been a bumpy road getting to this point. I’ve had some ups and downs, but I’ve got to say I’m really excited.” 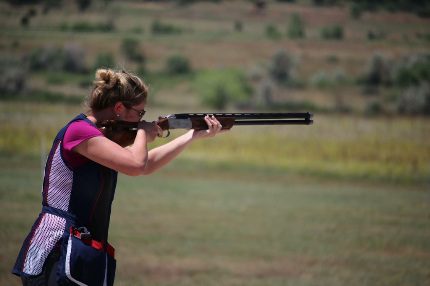 With the win, Old earned a spot on USA Shooting’s National Junior Team. McGowen is already a member of the National Team after a second-place finish at the 2015 USA Shooting National Championships.


“I would love to take credit for such a feat, but the full credit goes to these young men and women and their coaches who put in the hours of practice it takes to accomplish such a feat,” Woodson said. “They have been much more of a benefit to our program than we’ve been to them.”


AYSSP is a shooting sports program developed by the Arkansas Game and Fish Commission and sponsored by the Arkansas Game and Fish Foundation to promote the shooting sports, hunter education and the safe handling of firearms. More than 6,000 students participate in regional and state championship tournaments each year through the program. Visit agfc.com/ayssp to learn more about the program and how to get a school or youth organization involved.

(This story first appeared in the Arkansas Outdoors Weekly Newsletter.)