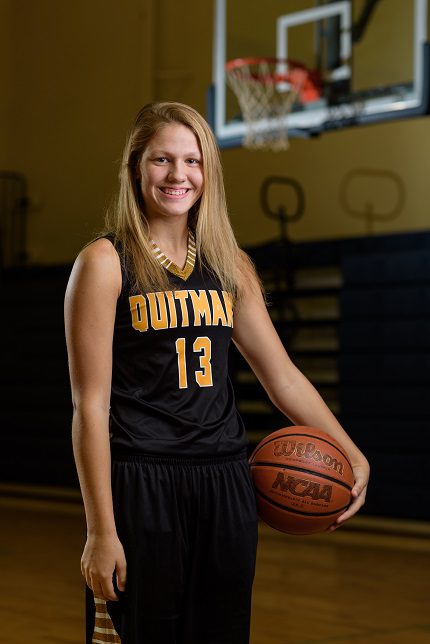 
The Quitman Lady Bulldogs have had historic success the last two years, and Rieley Hooten has been right in the middle of it all. In her junior campaign, Hooten helped lead the Lady Bulldogs to state championships in basketball, track and cross country. Now, the senior captain has the basketball Lady Bulldogs (25-3, 5-0) poised for another deep playoff run.


What’s created the recent environment of success at Quitman?


“The girls are willing to work,” Rieley said. “That, coupled with coaching that gives us a positive direction.”


What’s made the success on the court even sweeter is the fact that Rieley has done it right beside her coach and mentor — her father, Tim Hooten.


“I have been playing basketball since I was 5 years old,” Rieley said. “My dad was a high school boys basketball coach, and I was always at the gym with him. It just became a part of my life. Being a coach’s kid, a lot more is expected out of me.


“It’s such an amazing feeling. He hasn’t been my only coach, but my major one. Not a lot of athletes get to share a moment like this with their parents.”


Rieley was selected to this year’s 501 Basketball Team — 37 players representing the best the 501 has to offer both on and off the court. The team is sponsored by Conway Ortho and Sports Medicine, Conway Regional Health System and First Security Bank. Rieley was nominated by her coach and father.


“Rieley does all the intangibles on the floor that few recognize except those that truly know the game,” Hooten said. “She is a tremendous defensive player and is a floor general that does not show in the stats but is extremely important to a team’s success. Rieley is the first one in the gym and most often the last one to leave.


“She can and does play every position. She posts up well, can hit the 15-foot jump shot, but can step out and hit the 3.”


As a junior, Rieley earned all-state honors and was named to the All-State Tourney Team and the 2A Starting Five. This year as a senior, Rieley is averaging 10 points, 12 rebounds and three assists per game. 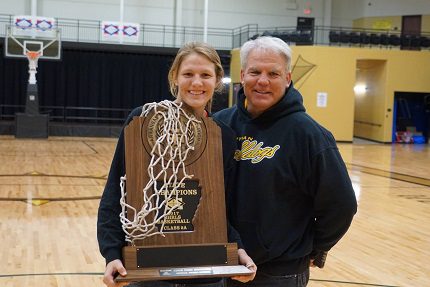 “Rieley is a very unselfish player and is always sharing the ball and helping on defense,” Hooten said. “She is a great communicator on the floor. She’s our team captain and our most highly decorated player from last season.”


In addition to basketball, track and cross country, Rieley also played volleyball for Quitman. Outside of athletics, Rieley is heavily involved in Future Farmers of America and Beta Cub. On top of keeping a 3.66 GPA, Rieley also finds time to show cattle and is a member of the Arkansas Junior Cattlemen’s Association and Quitman 4-H.


Although her high school basketball career is nearing its end, Rieley has aspirations to play basketball at the next level in college.
“But my education is more important than sports,” she said.