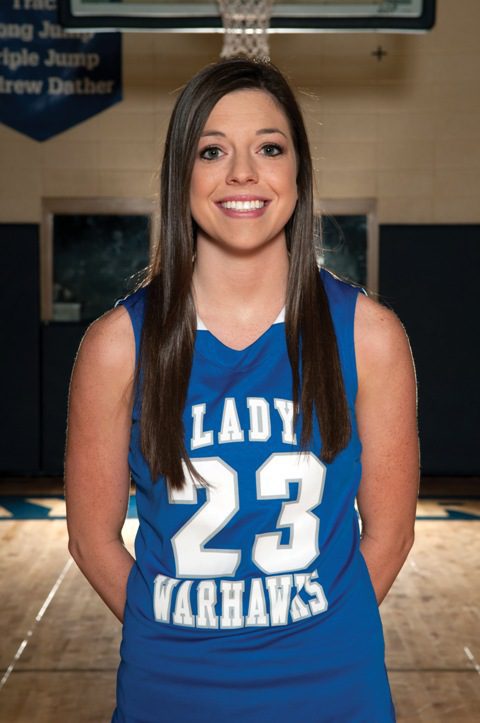 
Heather Prowse has a lot on her plate. But she can handle it.

The senior point guard balances her life on and off the court with a calm demeanor and a steady confidence.


“Heather treats everyone fairly,” said Freeman Isaacs, Mount Vernon-Enola head basketball coach. “She doesn’t meet a person she can’t make friends with. She also puts just as much effort into school and clubs as she does basketball.”


Isaacs nominated Prowse for the inaugural 501 Basketball Team — which is made up of male and female student-athletes honored for their on- and off-the-court accomplishments and contributions. And boy does Prowse contribute.


“Heather is the definition of a team player,” Isaacs said. “She has the ability to win a game by herself, but wants her teammates to do well. She not only leads the team in scoring, but also assists. She never has a bad attitude towards anyone, including the other team. Heather knows the little things are important to win.


”Heather is our team leader both offensively and defensively. Being a senior, I expect Heather to put the team on her shoulders and carry us into the state tournament. She is capable of a double-double every night, and we need her to achieve that.”


Prowse’s leadership is an extension of a successful junior campaign that saw her stepping up even as an underclassman.


“Heather was the glue to last year’s team,” Isaacs said. “The girls all looked to her, as a junior, for what to do next.”


Even as successful as she’s been on the court, Prowse entered this season with a list of skills to improve on as a point guard.


“I’m very dominant left handed on the court,” Prowse said. “I’ve had to really work on dribbling with my right hand and getting better at it. It’s definitely been an obstacle. I typically drive, so people force me right and try to keep me from driving inside and forcing me to a 3-pointer. So I’ve had to get better at my 3-point shooting, too.


“Our goal is to maintain the same record that we had last year because we have lost most of our key players. Everyone thinks we aren’t going to be as good this year, and I want to prove that we are. That’s my goal.”


Prowse’s off-the-court contributions may be even more impressive than what she provides the Lady Warhawks when she’s holding a basketball. The senior is involved in FCCLA, Beta Club and FBLA, among other things.


“I do Youth Services Committee,” Prowse said. “Every week I fill up backpacks for kids who don’t have food and go without. We put things that you can heat up in the microwaves. It’s for younger kids at our school. We do Kicking for Kay. We had a teacher that died of cancer, and it’s a kickball fundraiser in honor of her. FBLA is in charge of it. Last year I coached a young girls’ team for it.


“I used to want to major in business, so I really like FBLA. I like competing. I like being in charge of things and helping. I get to do that when I’m in these groups.”


This Friday, Prowse and the Lady Warhawks face a tough challenge heading to rival Wonderview.


“That’s going to be a very big game, and it’s always been,” Prowse said. “Last year it was very back and forth. That’s the biggest game by far. We’re in the same conference now, which makes it a lot more heated because it’s so important.”