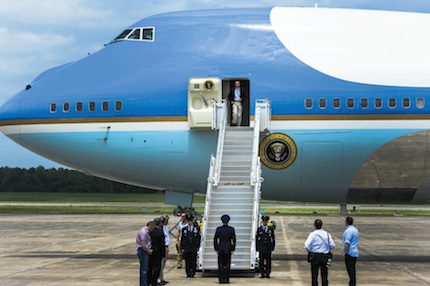 “Take me out to the ball game,
Take me out with the crowd.
Buy me some peanuts and Cracker Jack,
I don’t care if I never get back,
Let me root, root, root for the home team,
If they don’t win it’s a shame.
For it’s one, two, three strikes, you’re out,
At the old ball game.”
— Jack Norworth

In 1908, a man by the name of Jack Norworth was riding a New York City subway train. He spotted a sign that said, “Ball Game Today at the Polo Grounds.” Some baseball related lyrics popped into his head, which were later set to some music by Albert Von Tilzer, to become the well-known baseball song, “Take Me Out To The Ballgame.”


It is interesting to know that at the time this song was written, neither Norworth or Tilzer had ever been to a baseball game. Despite that fact, it is one of the most widely sung songs in America.


We are all players in the game of life. Truly we need to “root, root, root” for one another to be encouraged to do our very best and to stay the course, to hear our heavenly coach say, “Well, done!” We do not want to strike out. There are at least three “outs” that we may encounter as we play this game.


RUST OUT! To rust out means to “wear out from lack of use.” Being idle should not be confused with being rested. In our lives, God provides times of rest from physical demands. However, His rest does not encourage laziness or indulgences that keep us from serving Him and others. Laziness is “nothing more than the habit of resting before you get tired.” In the game of life, we need to be energetic and not lazy.


BURN OUT! To burn out means “worn out by excessive or improper use; exhaustion.” In Mark 6, Jesus teaches His disciples about burn out prevention. “And He (Jesus) summoned the twelve and sent them out in pairs.” This was the disciples’ first official mission on their own. It was not a walk in the park. They encountered opposition and rejection. Then, after busy months of ministry and travel, they returned and were informed of the tragic death of their friend, John the Baptist (Mark 6:29). By this time they were prime candidates for burn out.

What did Jesus tell them to do?


TIME OUT! “‘Come away by yourselves to a lonely place and rest a while.’ (For there were many people coming and going, and they did not even have time to eat.) And they went away in a boat to a lonely place by themselves” (Mark 6:31-32). His instruction for prevention of burn out was “a brief suspension of activity and a change of location.” Change your location — go for a short walk! Change your activity — say, “NO!” Saying no to extra projects, social activities and invitations that you know you don’t have time or energy for takes practice, self-respect and a belief that everyone, every day, needs quiet time to relax and to be alone. Also, you can “TURN OFF YOUR PHONE.” If you want to take a long bath, a short nap, read or meditate without interruptions, drum up the courage to temporarily disconnect your telephone. The possibility of there being a terrible emergency in that hour or so is almost nil. Technology keeps us at the beck and call of people at all hours of our day and night.


TAWG! “TIME ALONE WITH GOD” is the best prevention for rust out and burn out. “He gives strength to the weary, and to him who lacks might He increases power . . . those who wait for the LORD will gain new strength; they will mount up with wings like eagles, they will run and not get tired. They will walk and not become weary” (Isaiah 40:29-31).


Where are you in this game of life? Worn out from lack of use? Exhausted? Or renewed, relaxed and rested? Listen to the COACH!