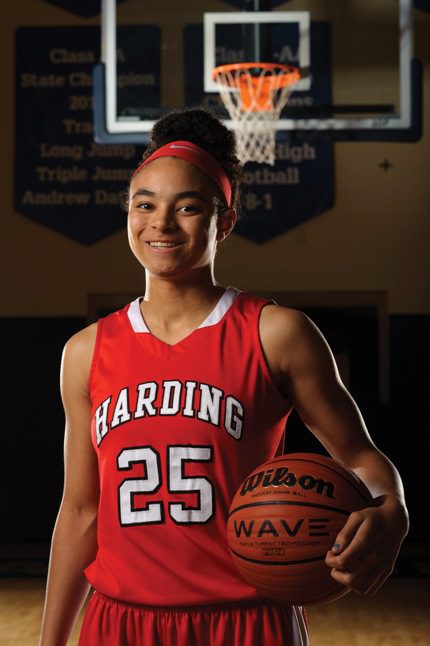 
A senior season naturally brings with it a sense of pressure. For many, it’s the last chance at a championship.

That pressure isn’t lost on Riley Rose, but you’d never tell she can feel it. She is, as the late great Stuart Scott would say, “cooler than the other side of the pillow.”


Rose and Harding Academy have been close to taking home a championship in the past.


“We got second in state last year and lost in the quarterfinals my freshman year,” Rose said. “We’re a new team, but it’s the same dream. You’ve got to grind to shine. We want to finish it off this year.”


Rose was selected to this year’s 501 Basketball Team, which boasts the best the 501 has to offer both on and off the court. Rose was nominated by Harding Academy’s head coach, Rusty Garner.


“Riley’s best qualities are her leadership and court awareness,” Garner wrote in his nomination. “She’s an excellent passer, selfless, humble and funny. She has a servant attitude and competitive fire.”


The senior point guard has lived in Searcy her whole life and first started playing basketball in the second grade.


“My brother was at a basketball camp when we were both little,” Rose said. “It was an all-boys camp, but I attended. I found a basketball off to the side, and the coaches just helped me learn.”


As a junior, Rose was an all-conference, all-state and all-state tournament player. The accolades stack pretty high for the point guard.


“Riley has been an all-state player in each season she has played,” Garner said. “She is also a multiple time state track champion in multiple events while also playing centerfield and hitting leadoff for the softball team, which also reached the state championship game last year.”


Despite all of the accomplishments, Rose stays grounded and keeps the focus off of herself.


“I just hope people can see God through us on the court,” she said. “I just enjoy practice with my team. My teammates are so encouraging. On and off the court, I always know they are going to be there pushing me.”


Rose has committed to attend Missouri State and further her basketball career after high school. She plans to pursue a degree in kinesiology in preparation for physical therapy school.


“Ideally after college, I want to settle down in a small town, like Searcy, and start up a sports therapy business,” Rose said.


Off the court, Rose is involved at College Church of Christ in Searcy. She regularly participates in community service projects through the church.