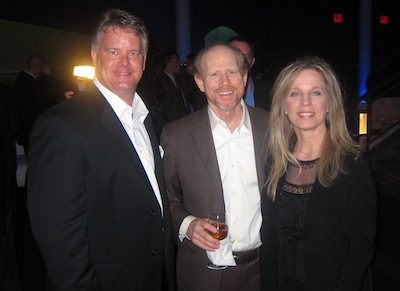 
Not only did Conway photographer Kelly Shipp win a trip to a New York City red carpet event and film premiere, but also his prize-winning photo was featured nearly at every turn – and he got to meet Hollywood director Ron Howard.


The short film – titled “when you find me” – will be available for viewing online Dec. 16-19 at youtube.com/imagination. (For more information, visit facebook.com/KellyShippPhotography and kellyshipp.com.)


Shipp – a 40-year-old software engineer and professional photographer – was among eight grand prize winners. The photo – taken in infrared – features a white tree and was taken in April at a location about an hour west of Conway. It is titled “Where One Day Ends, One Day Begins.”


On Nov. 14, Shipp and his sister, Carol Jacobs, arrived in New York City for the premiere of the film the following evening. Shipp credits her for encouraging him to enter the contest. “She was excited just in the fact that I won. She likes Ron Howard and was excited to get to meet him.”


Launched on May 22, photographers of all levels were invited to submit their most imaginative photographs based on a series of eight separate movie themes, each one a core tenet of storytelling to ultimately inspire Howard’s short film. Howard, his daughter, director Bryce Dallas Howard, and Freestyle Productions worked with the eight winning photos to craft the story, develop the script and produce the short film using Canon DSLR products.


The premiere was held at the American Museum of Natural History. Shipp and the other winners were the first on the red carpet that evening. They were interviewed by various media and posed for photos. “They (the other winners) were all really humble, friendly and excited to be there.”


Shipp said inside the building all 96,000-plus photo submissions were displayed in thumbnail size images.

“That was overwhelming.” As they neared the theater, the photos got larger, which represented those selected in the semifinal round of the contest. “Then we got to our photos, which were really big.” 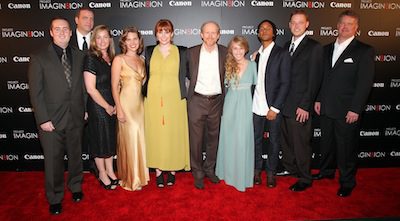 Inside the auditorium, Shipp was pleasantly surprised when he got a glimpse of the movie posters. “I thought ‘Wow. That’s my tree.’”


Shipp and the other winners had a reserved front-row seat for the film, which is 23 minutes in length. “The film was great,” he said, describing it as having a lot of emotion. “The first thing you see and the last thing you see is a white tree.”


About 700 individuals were in attendance at the invitation-only premiere. After the showing and a question and answer session with Howard, his daughter and others involved in the film, there was an invitation-only VIP after party for about 200.


Leaving the auditorium, Shipp and the others meandered through a maze of hallways to the party, which was held in a large exhibit room that featured a life-size whale suspended from the ceiling. The focal point of the reception was a white tree.


“This tree is everywhere,” Shipp said. “That was crazy.”


After the Q&A session and again at the party, Shipp had an opportunity to speak briefly to Howard. “It was tough getting time because everyone wanted a photo with him and some time.” Their conversation focused on the technical aspects of Shipp’s photo, including questions about the use of infrared for the shot.


Both Howard and Bryce were “super nice and friendly,” according to Shipp. “Obviously it was very nice to meet Ron Howard. I’ve been a big fan.”


During the little free time they had while in New York, Shipp and his sister visited some of the local sights. Among their stops, they saw the city at night from the Empire State Building and visited Ground Zero. His sister’s goal was to see Macy’s, which they did. They also visited Central Park, where Shipp took photos.


In addition to their all-expense-paid trip to New York, each winner had received a Canon S95 (point-and-shoot), and when they returned home they were given a Canon EOS 7D with a 18-135mm zoom lens.


Shipp also came home with a special souvenir – one of the movie posters displayed in the auditorium during the premiere. He described the greatest moment from the experience was seeing how his image was used not only in the film but also in the poster and at the reception.


“All this was overwhelming,” he said. “It was a neat experience.” 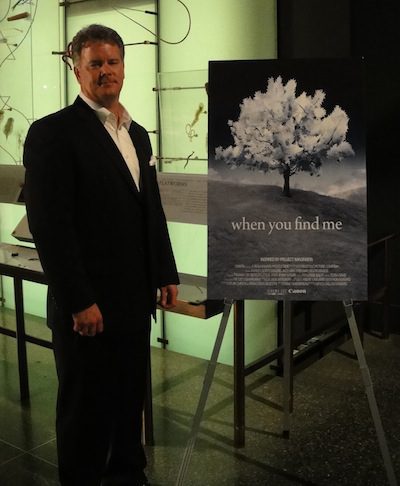