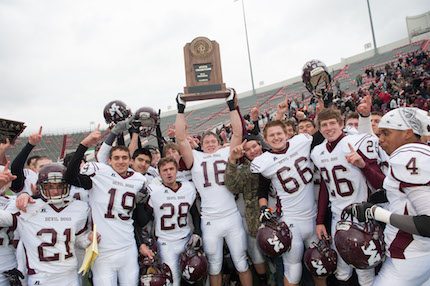 It had been 40 long years since the Devil Dogs had a season like they did in 2013. After finishing second in the 5A West, Morrilton put together an exciting playoff run that took them all the way to the state final, where they defeated Batesville, 27-24.

Coach Cody McNabb knew the Devil Dogs had something special after the quarterfinals.


“Beating PA at their place — I think that gave us confidence to keep advancing in the playoffs,” McNabb said.


Defending the crown won’t be easy for the Devil Dogs as they return young across the field in 2014. Morrilton returns just three starters on each side of the ball.


“We are replacing a lot of good players,” McNabb said. “We will be young and have to really prepare and compete every week to have a chance to win conference games.”

One area on offense that McNabb is really excited about heading into this fall is the offensive line, which is a good strength to have when all the other positions are a little green. The offensive line boasts a number of seniors: Dee Turner, Cody Chance, Bryan Foshee, Jonathan Blaylock, Reshonne Rice and Kendall Brown, and McNabb says junior Jordan Toland is one to watch this year.


“We are young and inexperienced everywhere else,” McNabb said.


Terrence Minor returns at running back. The senior represents Conway County on this year’s 501 Football Team.

“Terrence’s attitude is always what can he do for everyone else,” McNabb said. “He should be one of the better running backs in the 5A West.”


“Offensively, we have to be able to run the ball,” McNabb said. “Our offensive line is one of the only positions with any experience. We will be inexperienced at the skill positions.” 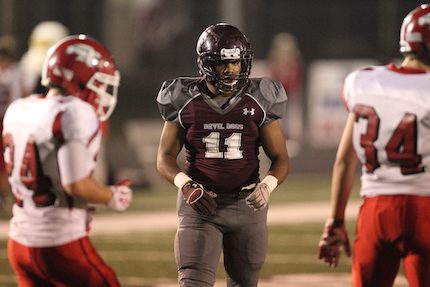 Cyrus McKaskle is one of three starters returning on defense. The senior will lead the way at linebacker.


“We are replacing the entire defensive line and secondary,” McNabb said. “We should be able to run pretty well.”