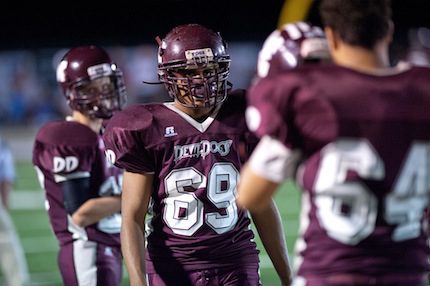 “We want to build on what we were able to accomplish last year,” said Coach Cody McNabb. “Shiloh Christian has great tradition and Clarksville is always competitive.”


One of the biggest advantages for the Devil Dogs in 2012 will be the team’s health, with many players returning from injuries sustained last season.

Junior Toney Hawkins (6-1, 175) takes the reins at quarterback this year and is also a talented receiver option.
“He had a great sophomore year and is a very talented skill player,” McNabb said.


Senior Jamar Criswell (5-10, 145) returns from a torn ACL late last season and should lead the team in rushing.


“Gilberto has great leadership qualities, works hard in everything he does and helps his teammates any chance he gets,” McNabb said. “I think he will be the best lineman in the conference and one of the best in the state.”


“We lost some really good players [to graduation], but we still have two of the better skill players in the league and two of the better offensive linemen in the league,” McNabb said. “We had to replace some defensive linemen and we lost good depth at linebacker, but overall, we have a chance to be faster and more athletic than we were a year ago.”


On the field: Big, strong, great feet and intelligent.


Off the field: Great kid, good student. Everyone likes Gilberto.


Sportsmanship: Plays the game the right way. He has great leadership qualities, works hard in everything he does and helps teammates any chance he gets.


Expectations: I think he will be the best lineman in the conference and one of the best in the state.