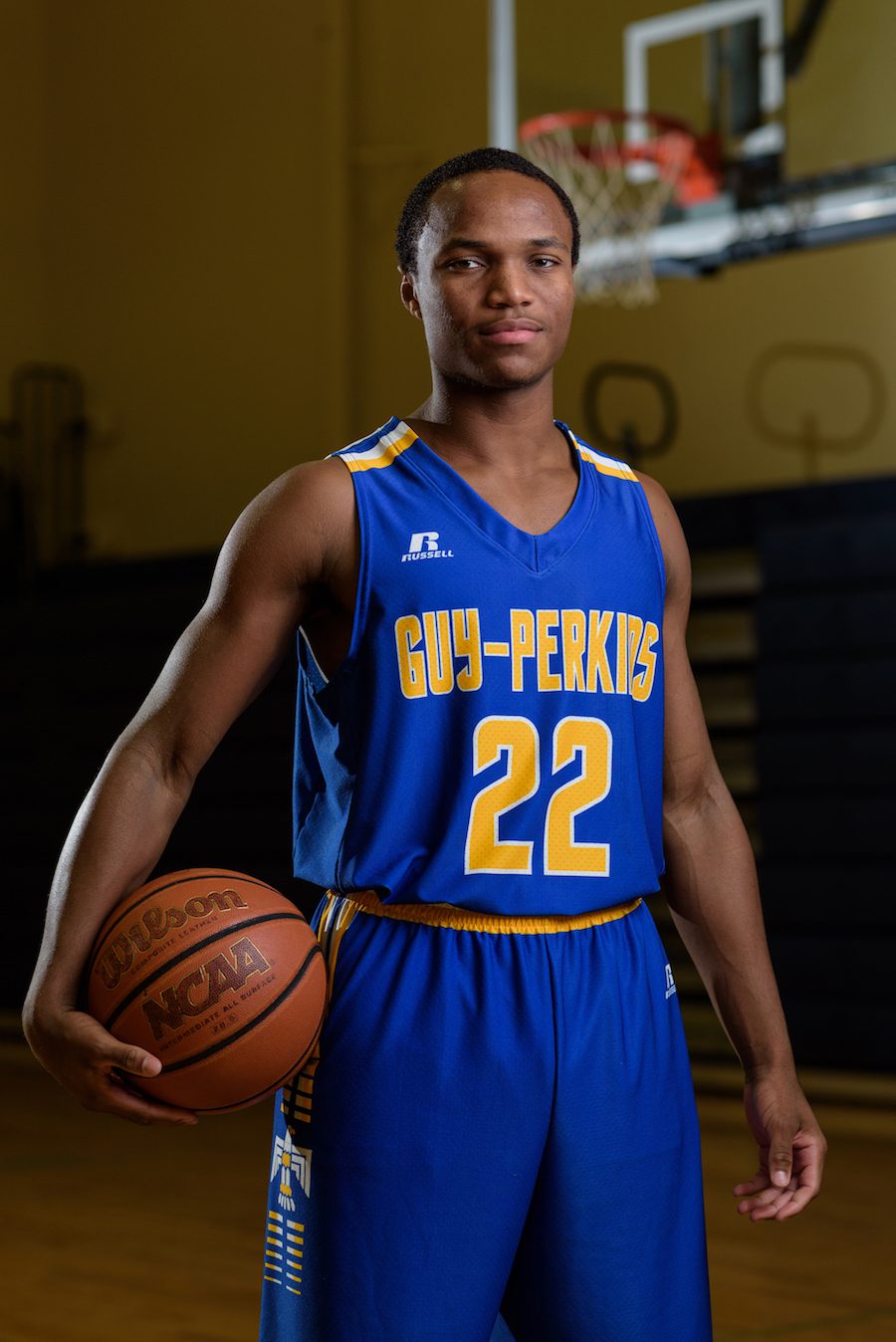 
Some say that winning a state championship is one of the hardest feats to accomplish in high school athletics. For senior Tre Minton and the Guy-Perkins Thunderbirds, the challenge isn’t winning it once — but rather doing it all again in 2018.


“It felt great to win a state championship last year,” Minton said. “This year, however, the seniors from last year’s team are gone. We have a lot of new players who moved up and are trying to get a ring, too. After last year, I know what it takes to win it all, and I’m trying to set an example and help our younger players get to where they need to be.”


Minton was selected to this year’s 501 Basketball Team — 37 players representing the best the 501 has to offer both on and off the court. The team is sponsored by Conway Ortho and Sports Medicine, Conway Regional Health System and First Security Bank. Minton was nominated by his head coach, John Hutchcraft.


“Tre is a team captain and leads the team by making big plays and scoring,” Hutchcraft wrote in his nomination. “He is a self-motivated athlete and student. He is very dedicated, friendly and always has a smile on his face.”


As Guy-Perkins (18-5, 6-0 Class 5-1A North) works to repeat on last year’s crown season, Minton accepts the challenge of reloading the next wave of Thunderbirds.


“Even though we have some newer players, we’re getting better every game,” Minton said. “As a senior, I try to help guide them on and off the court. We’re still in the process of trying to become a better team and know our roles, but we’re striving for success.”


“Tre is unselfish with the ball and encourages others to score,” Hutchcraft wrote. “He helps motivate and lift other players up during practice and games.”


In his final season with Guy-Perkins, Minton set his sights on improving not only his current team, but for his prospective future team as well.


“This year, my goal was to make myself a better player,” Minton said. “Not only do I want to help my team get another ring, but I also want to get looks to play college basketball, too.”


For Minton, success at Guy-Perkins goes deeper than just his career — winning is in his blood.


“A lot of my family has played for Guy-Perkins, too,” Minton said. “I’ve had uncles, aunts and cousins play here. My mom won a state championship with Coach Hutchcraft, too. She motivated me to start playing in first grade and helped me become the player that I am today. She has been both a parent and a coach for me and is my biggest inspiration.”

Off the court, Minton is involved with FBLA and FCCLA, plays baseball and participates in track and field at Guy-Perkins High School. The senior is also a member of the youth group at Solomon Grove Baptist Church in Damascus.


“I want to go to college and play basketball,” Minton said. “I’m interested in becoming a physical therapist for the NBA. Hearing about how players get hurt in the NBA, they need therapists to help them recover and get their strength back. That’s my dream job.”


“Tre is a joy to coach,” Hutchcraft wrote. “He loves the game just as much as his mother did. It has been an honor to coach both of them. They have a lot of the same qualities as players. Tre has potential to play at the next level.”