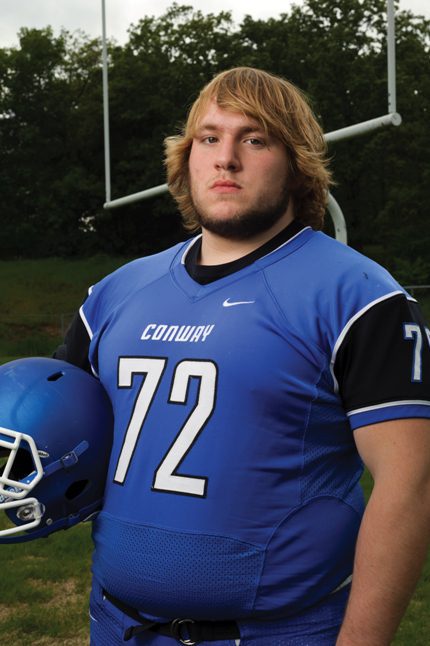 
For Zach Mills and the Conway Wampus Cats, it was one of many accomplishments that the team achieved in 2014. But, ultimately, Mills and the Wampus Cats feel like they still have much to prove heading into the 2015 season.


“We really wanted the state championship,” Mills said. “It didn’t happen, but 10-0 was still really special.”


So how do the Wampus Cats follow-up an incredible 2014 conference championship run?


“You just keep winning,” Mills said. “Win in practice. Win the next game. We didn’t accomplish the end goal, so we’ve got to one-up last year, and the way to do that is to just keep winning.”


Mills, a senior offensive guard for Conway, was selected to this year’s 501 Football Team — 27 players representing all 11 counties of the 501. The team boasts the best the 501 has to offer both on and off the field. Mills was nominated by Conway’s head coach, Clint Ashcraft.


“Zach plays the entire game at full speed; he never takes any plays off,” Ashcraft wrote in his nomination. “He is a very physical player that takes a lot of pride in his job on the field. He started every game for us on the offensive line last fall and had a great year.


“This year, we want Zach to be one of our team leaders, especially on the offensive line. If he continues to work and play the way he has, we hope to see Zach earn all-conference and all-state honors this fall.”


“When we played Greenwood last year, finally getting the win over them after losing the two years before — that was great,” Mills said. “It was the best feeling in the world, opening holes for Chamorro. You can’t be any happier for him after a night like that. 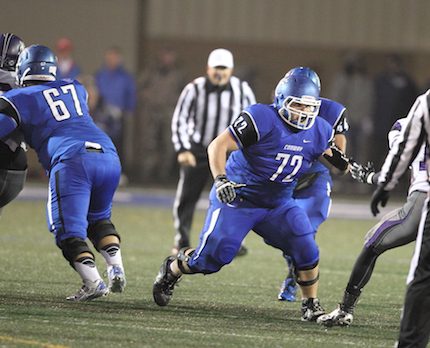 “That win wasn’t just big for the players after losing to Greenwood two years in a row, but it was also big for the coaching staff. It really meant a lot to them.”


Chamorro wasn’t the only back who Mills was paving the way for last fall. Mark Odom gained valuable experience last year as a junior and returns as the No. 1 running back for Conway this fall.


“It’s always great to have someone who has experience running behind you,” Mills said. “We are going to block our tails off for Mark this year.”


Mills and the line also helped support an equally impressive passing game last fall. Senior Breylin Smith returns for his third year at quarterback. Smith completed 62 percent of his passes in 2014 for 2,187 yards.


“Breylin is pretty special, and we’ll do everything we can for him,” Mill said.


Behind Mills and the offensive line, Conway’s offense gained right at 4,600 yards and averaged 37 points per game.


“Zach Mills and Ethan Williams will anchor the offensive line this year, and their experience will be a key factor in what the offense can do,” said Jeff Matthews, play-by-play announcer for Conway Corporation’s Channel 5 Sports. “If they can give Breylin enough time, he will put the ball on the money. Give Mark a crease, he’s got the ability to take it the distance on any play.”


According to Ashcraft, the offense couldn’t be in better hands with Mills leading the charge not just on the offensive line, but on the team as a whole.


“Everyone on our team, from coaches to players, trust Zach,” Ashcraft said. “He is someone the younger players can go to for guidance and help. Zach is a quiet guy, so when he does talk, those around him listen to what he has to say. He’s been great for us in the off-season program, pushing and motivating his teammates.


“Zach is the type of guy that you wish you had a dozen of on the team. He is very valuable to our group on and off the field.”


Mills didn’t get involved with football until the seventh grade, and it’s no coincidence — that’s when Ashcraft came to Conway.


“I didn’t really get into peewee because I was a little bit smaller then,” Mills said. “I always liked football. We got a new head coach in seventh grade, and I liked what he was doing, so I got involved with football.


“Ashcraft is very driven and motivated. He has a side where he can be funny, but he knows when to be serious and he gets us motivated. He’s definitely one of my favorite coaches.”


The Conway Wampus Cats kick off their season Friday, Sept. 4, at rival Cabot.