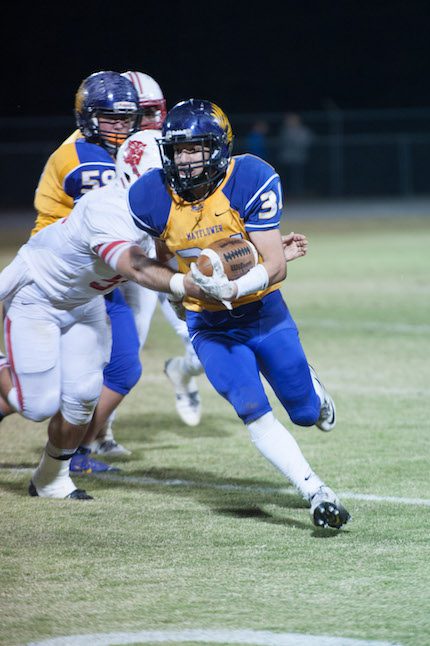 06 Aug MAYFLOWER: Eagles circling the top of the 2-3A


Despite low numbers and inexperience, the Mayflower Eagles found a way to win enough games to finish in the fifth spot in the 2-3A last fall, earning a playoff berth.

“Last season we were very inexperienced,” said Coach Todd Langrell. “Of the 36 kids on the team, only 10 had any experience in high school football. With that being said, we won three ballgames and probably should have won two more. But with the lack of experience, sometimes it’s hard to make your own breaks. I thought our kids played extremely hard and never had a defeated attitude.”


“We hope to be fast on offense and be simple on defense,” Langrell said. “We hope to be in the mix this year in our conference. We have had some coaches that have moved on from our conference and have added two teams in Cedar Ridge and Little Rock Episcopal. With the addition of these teams and three years in our system, I feel we have the possibility to win seven games, and if the ball bounces our way, maybe more.


“We are small but feisty. We have some 10th graders that are going to be expected to play. Tyler Maxwell and Dylan Burnett are mature 10th graders and have a nose for the ball. Our conference is one of the best in the state, and I would hope we challenge for the conference title.” 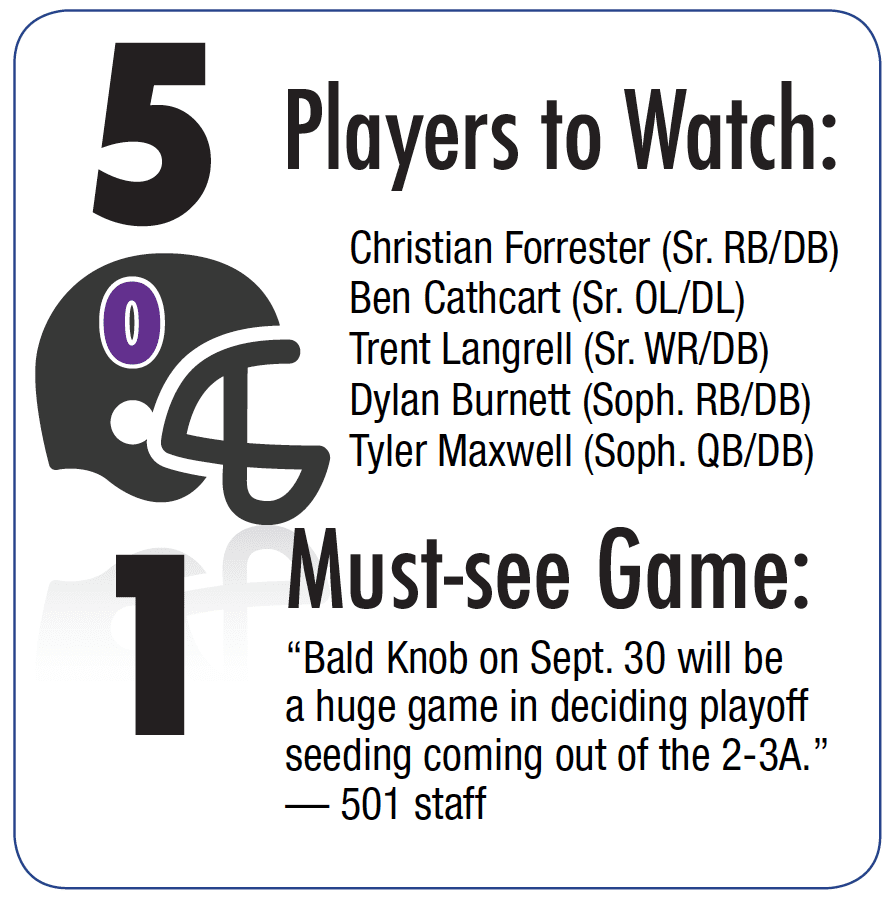