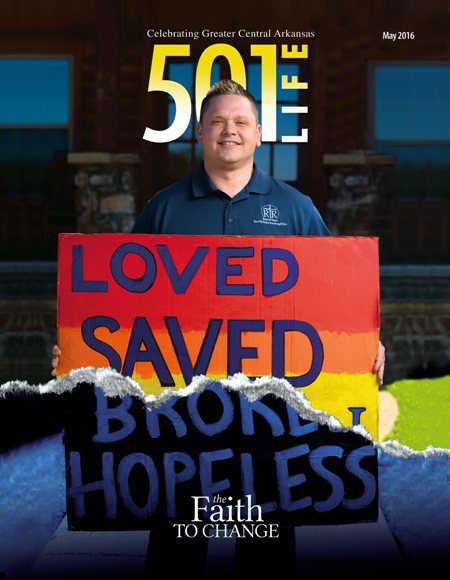 
This month’s issue features a cover story on Renewal Ranch, a ministry in Perry County that is helping men like Rusty Beck (pictured in the cover photo by Mike Kemp) battle addiction and re-claim their lives.


For the KARK segment, Keith will be joined by Pastor Ken Wilson of Fellowship Bible Church to discuss a story on Dr. Jack Logan and Bert Alexander, members of the church who were part of a mission team to Nicaragua 10 years ago.


Their Bible teaching completed and the mission trip coming to an end, the two men stayed behind to enjoy some fishing. While on their fishing excursion with eight others, the wind picked up and the water became violent as the group traveled by boat on Lake Nicaragua. The boat became swamped and all aboard began fighting to stay alive.


Logan and Alexander went to the aid of two young men and became separated from the others. The four clung to an ice chest while waiting to be rescued. In the water for hours and hours, Logan and Alexander held tight to their faith but decided that to give the two young men the best chance of survival they should let go. And that is what they did.


When rescue finally came, all but four of the fishing group survived. Jack and Bert did not.


“Jack and Bert’s story is so moving. The impact of their sacrifice continues to be felt in the 501 and as far away as Nicaragua,” said Keith. “Inspired by Jack and Bert, the mission work continues in that faraway country as well as others. What an incredible story of faith and inspiration.”


The May issue also marks the beginning of the ninth year of publication for 501 LIFE. “We have been truly blessed and are very thankful for our great team of contributors, editorial board members and advertisers,” Keith said.


In addition to the live KARK broadcast, the 501 LIFE segment can be seen on the station’s website – arkansasmatters.com.