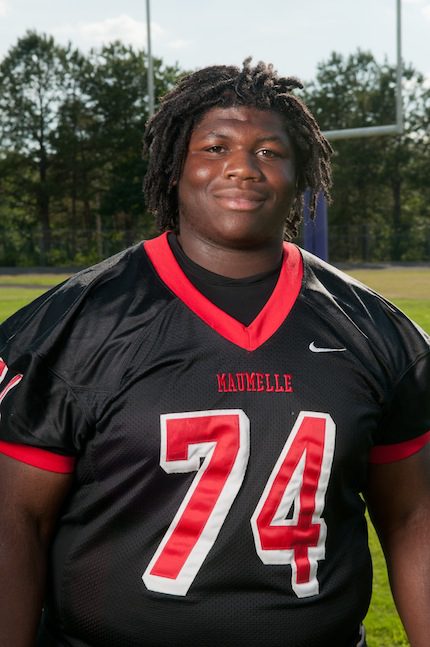 
Maumelle senior defensive lineman James Kelley is one of the nicest young men you’ll meet in the 501. 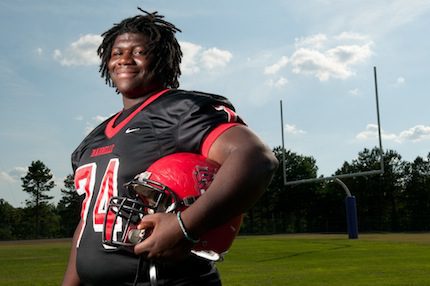 Modeling his work ethic and play after his favorite player, Baltimore Ravens linebacker Ray Lewis, Kelley knows the importance of hard work and good sportsmanship. Don’t let his smile fool you though. Since he was 6 years old, Kelley has always loved to hit people on the football field.


“I love football,” Kelley said. “I really like hitting people and I really like how the game is played. You have to work together. You have teammates. And because of that, you always have a family."

Kelley is a member of the 2012 501 Football Team – 20 players representing all 11 counties of the 501. The team boasts the best the 501 has to offer both on and off the field. He was nominated for the team by his coach, Mike Buchan.


“James is a hard worker and very respectful of others,” Buchan said. “He has a great sense of humor, but knows when to be serious and work. He’s a great role model.”


In just their second season in football, the Hornets (5-5, 4-3) look for their first playoff win. Buchan attributes much of the Hornets’ success this season to Kelley and the strong front seven.


“James can’t be blocked one-on-one,” Buchan said. “He demands a double team. He plays hard and aggressive every play, but when the whistle blows, he helps people up and has a great attitude.”

Riding a three-game skid, Maumelle travels to Nashville tomorrow night to take on the Scrappers at 7 p.m. in the first round of the 4A state playoffs.


“Everyone’s goal is to have a 4A championship," Kelley said. "I would like to leave Maumelle with its first championship.”


As his high school career draws to a close, Kelley reflects on his favorite memory as a Maumelle Hornet.


“Last year, we played Ashdown and it came down to the wire,” Kelley said. “We had just scored to bring the score to 34-33. Instead of kicking the field goal, we went for two. Everyone’s hearts were pounding. But we got it and we won the game. I had two forced fumbles and eight tackles in that game. I was so proud of my team.”


Win or lose, Kelley holds his head high each and every time he steps out on the field, happy to be playing the game he loves.


“I love football, I love this game,” Kelley said. “There’s nothing like it. I know I’ll miss it when it’s gone so I have to do everything I can to make my time as a player memorable.”