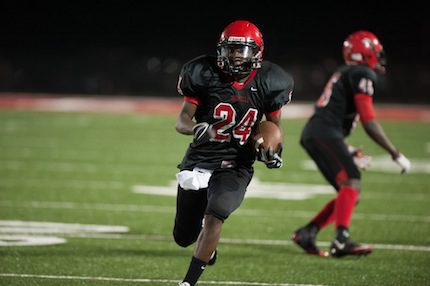 
The Hornets won just four games in 2012. For- tunately for them, they were the right four games — wins against 4-4A conference foes. Maumelle earned another playoff berth and fell in the first round at Nashville, 55-20.

When the Hornets won, they won big (beating opponents by an average of 30 points), and when they lost, they lost close (see Week 1 loss to Fountain Lake, 18-14, and Week 3 loss to Jacksonville, 12-7).


The Hornets return five starters on defense, including Donnerson, who was named all-confer- ence in 2012 for his performance at defensive end. Hopkins and senior Don Taggart project as starters in the linebacker corps. Senior all-conference safety J.D. Russell anchors the Hornet secondary.