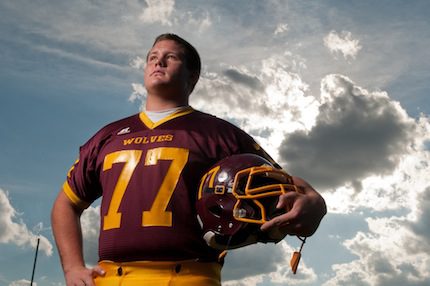 14 Nov Martin has 'eyes on the prize'

With the second round of the playoffs looming ahead, Lake Hamilton (7-4, 4-3 7A/6A South) is in control of its own destiny as the Wolves aim to achieve something they haven’t done since 2008 — win a state championship.


“Our biggest goal right now is to get back to War Memorial Stadium,” Martin said. “We have tunnel vision right now, and our eyes are on the prize.”


With the way the brackets lie, the scenario isn’t impossible that the Wolves and Wildcats could meet in a state championship rematch in Little Rock.


“The key this year is really playing as a team,” Martin said of returning to the title game. “Last year we had a lot of skill players who were very talented. We had tons of raw talent on the field. [We lost many of those players to graduation this year] so we’ll really have to work together as a team and power through the games together. We hope to meet El Dorado. They beat us last year, and we have to pay them back.”


Martin is a member of the 2012 501 Football Team – 20 players representing all 11 counties of the 501. The team boasts the best the 501 has to offer both on and off the field. He was nominated for the team by his coach, Jerry Clay.


“Our linemen are our main strength,” Clay said. “Trey has a super attitude, and is a leader on our offensive line.” 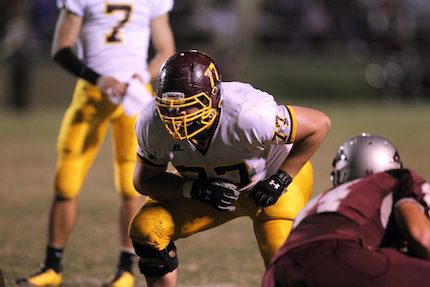 “I always watched football with my dad,” Martin said. “My dad is a huge Cowboys fan, and we’d always watch the games together on Sunday. My mom signed me up because I was interested, and that’s how it all began.”


Years later, as Martin prepares for the final stretch of his high school football career, he will always take one memory with him: ending El Dorado’s famed 24-game home winning streak in 2011.


“That was the most memorable game I’ve played,” Martin said. “We had heard from everyone that whole week that we couldn’t do it — that it wasn’t possible. We knew we could. We’ve always played El Dorado close. We knew what it would take to beat them, and we wanted it more in that game.”


After his football career is over, Martin hopes his story will help inspire young football players to succeed.


“Learn,” Martin said. “Learn as much as you can. Go to as many camps as you can. Learn. Listen to your coaches. Some athletes may not realize how important it is to do that. Learn everything you can about your technique and how to improve, and you can be successful on the football field.”


Outside of football, Martin is active in FCA and track and field.


“When I was in eighth grade, I was approached by my linebackers coach, and he suggested for me to try throwing the shot put and discus,” Martin said. “I’ve always only played football, but I knew a lot of linemen who threw the shot put. I gave it a shot, and I fell in love with it. I’ve been doing it ever since.”


When he’s not pursuing his academic and athletic interests, Martin spends his time enjoying the 501 with his friends and teammates Gavin De Los Santos, Clay Jessie and Briar Jackson.


“I love the scenery here,” Martin said of the 501. “I love the hills around Hot Springs and how green it gets during the summer. Little Rock isn’t too far away when we want to go to the big city. Everything I need is right here.”