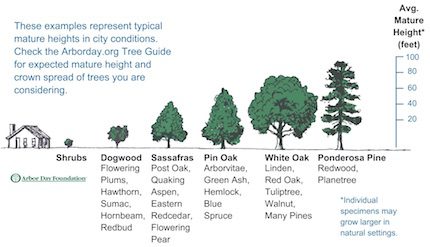 A Conway writer is putting together a biography on Jim Thorpe, who was once described as “the greatest athlete in the world.”

At a Conway Writers’ Group Reading on “Art and Science” for ArtsFest, Dr. Robert Reising presented a short essay from “Jim Thorpe: The Rest of the Story,” a biography he is co-authoring with James Thorpe Kossakowski, Jim Thorpe’s great-grandson.

Jim Thorpe excelled in many athletic competitions — an Olympic gold medalist to a major league baseball and professional football player. He was also the first president of the National Football League. ESPN named him the greatest athlete of the 20th century. Ten years after his death, he was one of the 17 charter members of the Pro Football Hall of Fame in Canton, Ohio, where he played his first professional football game. A seven-foot bronze statue of Jim Thorpe greets visitors at the facility.

Reising has done extensive research and writing on Thorpe. He has become acquainted with many of his relatives through his writing and presentations in Pennsylvania, Oklahoma and New York. In January 2015, Kossakowski spent three days in Conway to work with Reising on the manuscript.

“Our numerous and lengthy phone chats had allowed us to agree to collaborate on the book and to discuss preliminarily its contents and emphases, but it was not until dinner on Jan. 30, that we put ideas on paper,” Reising said. “We spent the following weekend days at my Conway home, largely in my sizable library, with Thorpe materials as well as in discussions of what would fit and what wouldn’t.” According to Reising, Kossakowski oversees the family’s Jim Thorpe materials and memorabilia. “Our agreed-upon purposes in writing the book are to bring balance to the often-misrepresented story of Jim Thorpe and to fill in and/or complete omitted portions of that story; and to update that story.”

THE REALITY OF JIM THORPE: ART OR SCIENCE?

As the clouds of war ominously swirled over Europe and as the incomprehensible April sinking of the Titanic continued to boggle minds on every continent, news out of Stockholm, Sweden, was heartening to peoples everywhere in the summer of 1912. The achievements of a 25-year-old American Indian were as mesmerizing as were his ancestry and physical features.

From the Games of the Fifth Olympiad, Jim Thorpe, a student at the Carlisle Indian Industrial School in Pennsylvania, emerged as the only performer in Olympic history ever to triumph in both the pentathlon and the decathlon. In that competition involving 28 nations, he proved to be not only what King Gustav of Sweden labeled him on July  15, “You, sir, are the greatest athlete in the world,” but also a sports performer the likes of whom had not been seen before.

Thorpe performed like a superhuman. Hence, particularly after the Olympiad, the world hungered for an explanation of his unique combination of speed, strength and agility. Experts on human athletic performance maintained that in the science of mathematics resided that explanation. To arrive at computations they believed revealing, authorities reached back to Carlisle and 1911, when Thorpe had excelled in a host of sports, for measurements of his body, and combined those findings with measurements completed shortly after his Stockholm success. Forty-six measurements, it was argued, were the avenue to a definitive answer to what appeared to be a simple question: What allows Thorpe to be so athletically superior?

But they were not. The measurements were intriguing, but inconclusive. Thorpe’s superiority remained mysterious. Scientists and science worshippers were disappointed.

Yet half a century later, portrait painter Charles Banks Wilson was not. He explained in 1968:

Research for the portrait of . . . [Jim Thorpe] was unlike any other for me . . . I am convinced Jim Thorpe is unique . . . The figure must express personal confidence, ease, readiness without anxiety, his face asking matter of factly, “What do you want done?” . . . His measurements [at Carlisle] were made according to anthropometric tables . . . It was necessary to draw parts of many well developed men . . . Thorpe was deep through the chest, 11.8 inches, but only 18 inches across the shoulders. His body was symmetrically proportioned. In fact, none of his measurements were particularly large . . . I found Thorpe’s forearm on a man whose work is lifting bricks, and a Thorpe-like deltoid on a young farm worker. Athletes supplied ankles and neck but there were no counterparts available to stand in for those muscles just above his knees. Those muscles did not seem extraordinary until I started searching . . . Perhaps impossible to represent would be Thorpe’s unusual spirit, coordination, rhythm and speed of muscle contraction.

A conclusion may be inevitable: neither science nor art alone can represent reality. One needs the other, and both, together, need what is indescribable — yes, indescribable, even when art combines with science to form a dynamic duo, like Batman and Robin, who only appear to be superhuman.