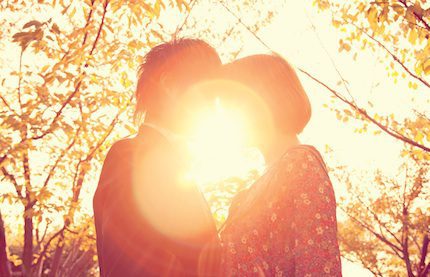 
Three Arkansan women, along with one woman from Texas, raised awareness for Neurofibromatosis (NF) nationally by riding in the 34th annual Race Across America (RAAM) at the end of June.


Hannah Turnbough of Conway, Lesley Oslica of Conway, Angela Earle of Dallas and Julie Hathcock of Malvern rode 3,000 miles as a team across 12 states.

“We competed in Race Across America, which is a world renowned race,” Oslica said. “Less than 15 percent of the participants are women.”


The team hoped to complete the race, rather than aggressively competing against other racers. “Our goals were to finish RAAM, raise awareness of NF and fund NF research,” Oslica said. “I’m proud beyond measure to say that we have reached all of these goals.

Surreal is the word that comes to mind when looking back at all the pictures from the race. The emotions, the thoughts, the endurance that the pictures express leave me in awe of what our mighty little team accomplished. I have no doubt that our journey was graced by God and am so thankful for our crew, our riders, for all that supported us and those who offered prayers on our behalf.”


According to nlm.nih.gov, Neurofibromatosis is a genetic disorder of the nervous system. NF can affect how nerve cells form and develop. Patients diagnosed with NF can be found with tumors on the nerves. Typically the tumors are benign, but some can be cancerous.


Each team member is passionate about NF. Their passion stems from their friends and family who have been diagnosed with NF. Raising funds for research was important to each.


“The NF Endurance Team is so important to me because neurofibromatosis is so common, yet so unheard of,” Turnbough said. “It feels very empowering to have been one of the few select, all women teams.”


“We wanted to help raise money towards research that will find a cure for NF,” Hathcock said. “I also rode for my friend Dana.”


Earle has an extremely personal connection with NF. “My daughter, Kylie, was diagnosed with NF1 when she was 2 months old,” Earle said. “Since her diagnosis, I’ve been involved with the Children’s Tumor Foundation and participating in endurance events.”


Earle feels that participating in the race was her way of being positive and giving back, rather than giving up.


“She needs an effective treatment,” Earle said. “The race was the only way I knew how I could help. I feel so helpless as a parent of a child who has a disorder without a cure. It would be easy to climb under a rock, but that’s not the path I’ve chosen. I would rather think about all of the heroes that I’ve met over the years and do something positive for them.”


The four teammates trained vigorously for their 3,000-mile journey across 12 states. Some started training earlier than others, but all four were dedicated and ready to ride in June.


“Participating in such a grueling event, like Race Across America, illustrates our team’s desire to do anything that we can to advance the mission to end NF,” Oslica said.


The NF Endurance Team began the eight-day journey on June 20. “I feel very blessed to have been able to accomplish Race Across America at such a young age,” 23 year-old Turnbough said. “It has been on my bucket list ever since I crewed for our four-man team in 2011.”


The race was not easy and several physically and mentally taxing factors came into play.


“This race was the biggest physical and mental challenge I have ever put myself through and I could not have done it without our entire team,” Turnbough said. “It was an incredible feeling to work with so many people all driven for the same goal. While we faced many challenges during race week, every single one of our team members pushed through and I cannot thank them enough.”


The 2015 RAAM was particularly difficult due to weather conditions.


“#RAAM2015 is already being touted as the toughest in RAAM history due to the extreme weather conditions with heat more than 120 degrees, rain for more than four days and intense cross winds,” Oslica said. "In addition, there were the most extreme reroutes due to flooding and road construction.”


Oslica feels that the physical portion of riding was not the most substantial feat for the riders. She believes that a rider’s mental state is the most important obstacle to overcome.


“On a personal level, what I learned as a rider was that enduring the physical tolls of riding was not the greatest task ahead, but rather conquering the mental stress of things out of our control,” Oslica said. “For example, being in constant motion, the emotional toll of being concerned about your teammates and overcoming the extreme fluctuations in the weather. The heat in the desert caused me to have a migraine headache, and riding in the cold rain caused my muscles to cramp. I realized that there are some things you just can’t train for in RAAM. I also learned that an awesome crew can and does help you overcome what seems to be impossible.”


Each of the four women expressed their appreciation for their crew.


“RAAM was an amazing experience, and as a rider I was blessed to have such an amazing 11-person crew to help me and the other riders endure the challenges of the race,” Hathcock said. “Without our crew, we would not have been as successful as we were.”


Oslica believes that the number of riders who did not finish was higher than any other past RAAM race.


“These extreme conditions took their toll on a great number of the solo riders,” Oslica said. “While I’m not sure abo
ut the statistics, it seems that there were more DNFs (did not finish racers) than any other year. Even some of the most elite and experienced riders wound up with DNF.”


Oslica and her teammates raised a substantial amount of money for NF, but they are not yet finished fighting.


“In addition to the awareness gained, our team has raised more than $76,000,” Oslica said. “This amount will be matched by the Moffett Family Match Fund to become more than $150,000 for NF research.


“But there is one goal that has not been met, and that is to #EndNF. We will keep fighting, riding, running, walking and fundraising.”