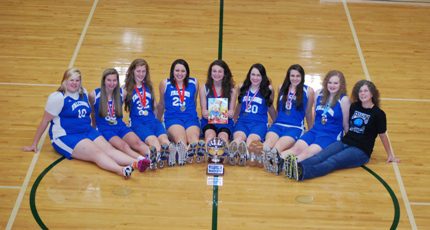 The tournament was held in Springfield, Mo., in October.


In the championship game, the Lady Falcon’s fell to the Goshen Blue Blazers from Indiana.


The Lady Falcons are coached by Melinda Pharr.