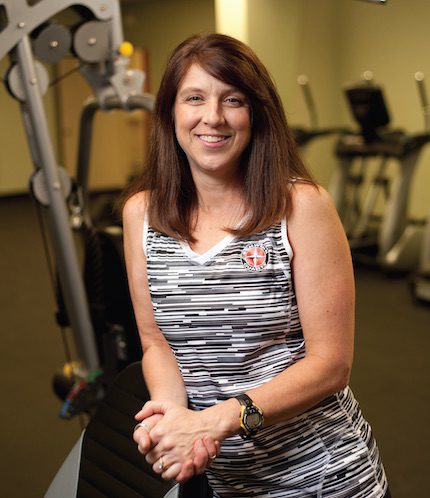 20 Nov Kelley casting for his dream


Cody Kelley of Conway has wanted to be a professional fisherman since he was 2, when he saw Shamu at SeaWorld.


Now 24, he’s on the verge of reaching that dream.

Kelley, a 2008 graduate of Conway High School and a 2013 graduate of the University of Central Arkansas with a bachelor of arts degree in environmental science, has fished competitively for six years. He had his best season ever in 2014, competing on the Fishing League Worldwide Walmart Tour as co-angler and on the Rayovac FLW Series, Central Division, as a professional.


Kelley finished 16th on the Walmart Tour with 359 points, fishing six tournaments — winning one — and earning $24,000 before the season-ending Forrest Wood Cup, where he added $8,000 to his yearly winnings.


According to flwoutdoors.com, the Forrest Wood Cup is “the most prestigious tournament in all of bass fishing.”


On the Rayovac series, he ranked 22nd with 434 points, earning an additional $5,500, and was one of 35 anglers from the Central Division to qualify for the national championship at Wheeler Lake in Florence, Ala.


“That’s the Super Bowl for us,” Kelley said.


Judith Allen, Kelley’s mother, said although she didn’t fish, she could tell from the time her son was a toddler that he was passionate about the sport.


“It’s really powerful to watch any individual, and especially your child, go after a dream,” she said. “So many people don’t have the courage to do it. It’s rewarding as a parent to watch your child have the commitment and the discipline, when all the odds are against him, and then you see him achieve it.”


“It’s very exciting and scary all at the same time,” said Kelley, who was scheduled to marry Savannah Stewart in October. “I’m kind of at a crossroads. I have this degree in one pocket and an opportunity to work toward my dream in the other.


“That’s a lot of money to put out there. We could’ve paid a lot on student loans and on a house.”


Allen said her son’s paternal grandfather, Don Wharton of Mayflower, would often take his grandson out to a pond on his property when Kelley was still in a stroller.


“This was a natural progression for him,” she said. “Before he was 3, I took him to SeaWorld, and he was bound and determined to catch Shamu. I would ask, ‘Do you want to go to Walt Disney World?’ and he would say, ‘No, I want to go fishing.’”


As a freshman at Arkansas Tech (which had a fishing team), Kelley, who had fished locally since he was a child, entered his first tournament. He spent two years fishing collegiately (under the FLW umbrella), then began dipping his toe into the various post-collegiate FLW circuits.


“After I won a little bit of money in college, I realized this may be something I want to do,” he said. “I always wanted to.”


After two years of collegiate fishing, he started competing in the BFL (Bass Fishing Leagues). He bought his first boat in 2010, saving his earnings from his job at Fred’s in Russellville.


“The first year was definitely an eyeopener,” Kelley said. “It didn’t go very well, but I’ve always been competitive, so when I didn’t do well it lit a fire, and I saw where I needed to be to move up to the next level.”


Two more seasons on the BFL circuit saw him improving in the point standings. During his senior year at UCA, he moved up to the Rayovac series, which he fished as a co-angler.


(Entry fees and prize money are the major differences between fishing as a co-angler and as a professional. Kelley said co-angler entry fees are generally $700 with a $20,000 prize for winning the tournament; pro entry fees are $4,000 with first place paying $100,000. “It’s high-risk, high-reward,” he said.)


But in his first tournament last year, only an hour in, he suffered a blown engine at Lake of the Ozarks.


“I ended up having to come home,” he said. “I dropped out of the season because I knew I wasn’t going to have a chance (to qualify for the Forrest Wood Cup), so I recouped to get ready for this year.”


“I’ll have enough money to get to where I’ve been trying to get for six years,” he said. “Every step of the way, I’ve had to finance on my own. I’d win a little money, and I’m actively seeking sponsors.”


One sponsor is his stepfather, who owns Tim Allen Landscape
Management, a commercial landscape business in Mayflower.


“Straight out of college, I started working for him, and he said, ‘If you’re going to (pursue fishing), let’s do it,’” Kelley said. “He works around my (fishing) schedule. Besides that, I fish in local tournaments and do some guide trips for extra money. It’s expensive for gas and everything. The average tournament will cost you $2,000 in addition to the entry fee.”


Said Judith Allen: “When Cody’s here, he works hard. He has the degree for backup. It’s a choice between sitting behind a desk or putting that diploma in his back pocket for his future. He couldn’t have done it without Tim really opening that door.”


Kelley said his fiancée, too, was completely supportive of his dream.


“She’s not going to let me not try it,” he said. “You have to have that. I talk to the guys who’ve done it for years, and they all say once they have somebody with them to travel, that’s when they start doing well, having that extra support.


“Ever since we’ve known each other, that’s all I’ve done. Instead of drinking and partying, I was always looking toward this.”


He said ultimately, his dream would come down to finances.


“I’m going to give it everything I have and see what happens,” he said. “The plan is to finance it myself for one year and have a good enough showing that I get enough sponsors so I can transition into doing it full-time.


Once he gets established with FLW, he said, he would eventually try to qualify for the B.A.S.S. circuit.


So what makes a good angler?


“Patience,” he said. “And my degree helps me a lot as well. Some people might say the fish are going to move somewhere based on their history, but I’m able to think through it on a biological level — this is an animal with needs, and I can predict better what they’ll be doing based on that logical level. I’ve been able to do research. I take a scientific approach to it instead of guessing what it might be.”


He said he tried to take something away from every tournament he fishes.


“In this sport, a lot of people talk about fishing confidence, and what that is to me is that whatever decision you make, you’re confident in,” he said. “I’ve built a lot of confidence in myself this year with those decisions. I feel like I have a little momentum behind me, and I hope it will carry over.


“I don’t ever want to stop learning.”