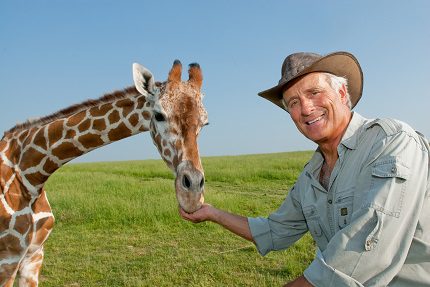 Jack Hanna will bring his “Into the Wild Live!” presented by Nationwide to the University of Central Arkansas Reynolds Performance Hall on Friday, Oct. 27.

"This will be a fun night for patrons of all ages to experience ‘Jungle Jack,’ a legendary zoologist who will bring around 15 live animals, his humorous stories and amazing footage from his travels around the world to our stage," said Amanda Horton, director of Reynolds Performance Hall. "The exact animals to appear aren’t confirmed until soon before the show since each animal must receive medical clearance, but fans can expect to see animals such as a baby leopard, baby kangaroo, armadillo, macaw, penguin and much more.”

“Jack Hanna’s Into The Wild Live” will bring audience members face-to-face with some of the most amazing animals in the world. Hanna has journeyed all over the globe as a respected animal expert and a force for wildlife conservation. He’s made more than 100 television appearances on “David Letterman,” “Good Morning America” and other programs. His three-time Emmy award-winning television series, “Jack Hanna’s Into the Wild,” has made him one of the most notable animal experts in the United States.