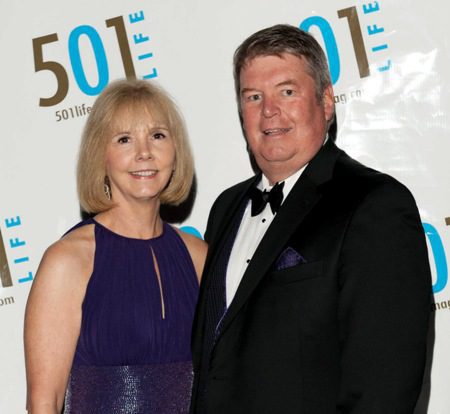 Tom Courtway will be officially confirmed as the 10th president of the University of Central Arkansas in a ceremony Wednesday, Nov. 20.

"I am very honored that the board of trustees, faculty, staff and students are having a formal ceremony on Nov. 20,” Courtway said. “The investiture will be a day to celebrate the accomplishments of this outstanding institution, and what it means to the state of Arkansas. I am very humbled and proud to be the 10th president of the University of Central Arkansas."

At 2 p.m., in Reynolds Performance Hall, Gov. Mike Beebe will deliver the keynote address during the investiture ceremony. Former governor and U.S. Sen. David Pryor is among the dignitaries expected to attend.

The university has invited presidents from other Arkansas colleges and universities to participate in the processional during the ceremony. About 15 have indicated they plan to attend. Representatives of the UCA Student Government Association will also participate.

A reception will be held after the ceremony in McCastlain Hall. An inauguration concert by the UCA Music Department is planned at 7:30 p.m.

The public is invited to attend.

Highlights of Courtway’s service as president include the adoption of an official university seal; opening of Bear Hall, a 122,200 square-foot residence hall, which also houses UCA’s Athletics Department offices and skyboxes overlooking Estes Stadium; and the construction of a 200-seat campus amphitheater.

Courtway practiced law for several years in Arkansas. He worked with the Wright, Lindsey, & Jennings Law Firm in Little Rock from 1986 to 1993, when he moved to Conway to establish his own practice. In 1995, he joined the Brazil Law Firm in Conway, and in 2000, opened the Courtway & Osment Law Firm in Conway where he remained until 2002.

Courtway served in the Arkansas House of Representatives from 1995 to 2001. During his time representing District 45, he chaired the Revenue and Tax Committee. He also served on the Agriculture & Economic Development Committee, the Judiciary Committee and the Insurance & Commerce Committee.

Courtway earned a bachelor of arts degree in economics and business from Hendrix College in 1974, a juris doctorate with honors from the University of Arkansas School of Law in 1978, and an M.L.T. from Georgetown University in 1983.

Courtway was born in Wynne and graduated from Conway High School in 1971. His father, Bob, taught at Hendrix College for close to 30 years, and his mother, Betty, was a public school kindergarten teacher. Courtway and his wife, Melissa, have four sons and two granddaughters.