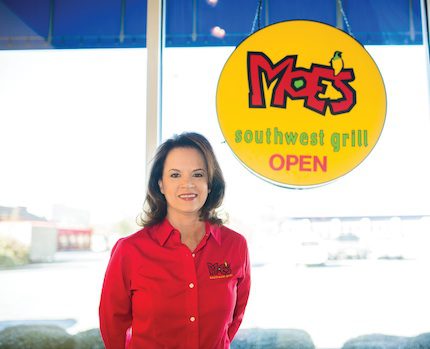 
Dr. Larry Pillow of Conway is the son of an alcoholic father and the father of a drug addict who died of an overdose.


And through his faith-based ministry efforts, he’s spent most of the last decade trying to make sure others don’t suffer similarly.

Pillow, who was honored recently for his 75th birthday and 44 years of ministry in Conway, was one of the founders of Renewal Ranch, the faith-based recovery ministry in Perry County aimed at those suffering with drug and alcohol addictions. From Renewal Ranch, which opened Jan. 30, 2011, has sprung what Pillow called “a Christ-centered network of transforming ministries for addicts” that includes The Harbor Home for Women in Conway; The Other Side in Wilburn (Cleburne County); Friends Recovery Center in Bee Branch (Van Buren County); The Zoo Church Village in Dennard (Van Buren County); Esther Home in Warren, Ohio; and Daughters of the Other Side in Kensett (White County).


Pillow is careful not to take too much credit, but the numbers are telling.


“My dream is to one day have as many as 50 facilities, and from that, in a span of 10 years, we could impact at least 100,000 people,” he said. “I hear from people almost every day thanking me for what we’ve done. It’s very rewarding and very fulfilling.


“There’s no doubt in my mind when I get to heaven that this is going to be the most fruitful thing I’ve done. Everything I’ve done in my life has prepared me to do this.”


Pillow grew up in Hancock — “metropolitan Monett,” he called it — in Craighead County. His father, Odus Pillow, died at 80.


“He and I made peace before he died,” Pillow said.


But growing up with an alcoholic parent left a lasting mark on him.


“When I look back, I can see that growing up with an alcoholic father planted the seeds that I want to do something about alcoholism,” Pillow said. “I read one time where Lincoln went to a slave auction in New Orleans and said, ‘If I ever get a chance, I’m going to whip this.’ My experience was similar.”


He earned his doctor of ministry degree from Midwestern Baptist Seminary in Kansas City in 1992 and won the outstanding graduate award.


“I won it because my project was a retreat for adult children of alcoholics,” Pillow said. “In 1995, I decided that I wanted to start a residential recovery ministry for drug addicts and alcoholics. That dream didn’t consummate until we opened Renewal Ranch. We’d started working on it in the latter part of 2008.”


But before the dream came to its fruition, Pillow suffered a devastating loss.


“Then he got depressed and the doctors prescribed medicine,” Pillow said. “I believed the lie that if a doctor prescribed it, it’s OK. In some ways I don’t feel guilty and I don’t have any regrets. I refuse to ‘could’ve, should’ve, would’ve,’ but at the same time, I accept the fact that I helped kill my son by believing the lie that prescription drugs are OK.”


Pillow said he was helped through Matthew’s death by Romans 8:18 — “For I reckon that the sufferings of this present time are not worthy to be compared with the glory which shall be revealed in us.”


“I learned an important truth,” he said. “We can minimize present pain by maximizing future anticipation of pleasure. It’s a hard-earned maxim.


“His death was not in vain. I wouldn’t wish that on anybody, but neither would I take anything for what I’ve learned from it. A part of me died with him, and a part of him lives on within me. I’m thankful that there is some meaning in pain, that there’s a purpose in pain that propels us to fulfill our potential.


Pillow’s father had a fourth-grade education. His mother went through eighth grade. But their son, who didn’t start college until he was 22, earned a bachelor of arts degree in speech from the University of Arkansas, a master’s degree at Dallas Theological Seminary and the doctorate from Midwestern Baptist Seminary in Kansas City.


“I am a poster boy that your background is no excuse for not getting an education,” he said. “One of my soap boxes is to get yourself an education. Don’t make excuses for what you can’t do. It chaps me when I see people who say, ‘I can’t do this; I can’t do that.’


He hadn’t gone to Fayetteville intending to become a minister, but in his sophomore year, he made the commitment and went on staff part-time at Central Baptist Church as a campus minister. After graduating in 1969, he was hired to lead a student fellowship on the campus of State College of Arkansas — now the University of Central Arkansas.


“There was upheaval on college campuses in the 1960s — chaotic, challenging — but we came here to make a difference,” Pillow said.


A couple of years into his ministry, he faced a watershed moment.


Pillow said growing up in eastern Craighead County, he never met a black person until he played Little League baseball near Blytheville.


“I was not a racist nor an integrationist,” he said. “I just didn’t get it.”


But he did get the minister’s message.


“You had to have a sponsoring organization to be on campus, and they said they would pull the sponsorship,” he remembered. “I said, ‘OK.’ I didn’t realize it, but that was a bit of a tipping point for me in deciding I don’t want any part of that brand of Christianity.


“I knew I didn’t want to be a part of something that was segregated. I didn’t hardly know what the word meant, but I knew it was wrong.”


He became an independent and started Collegians for Christ before deciding he needed more training, so he headed to Dallas Theological Seminary intending to become a Bible college professor.


“I figured out after two weeks I am not professor material,” he said.


He had the chance to be a student pastor, though, and found his place in the pulpit.


He also found his way back to Conway.


“Some of the people I’d met during my tenure at SCA, like Dwayne and Elaine Goode and a few other people, lobbied for me to come to First Baptist in Conway to be on staff,” he said. “One thing led to another, and in July 1977 I became associate pastor.”

Upon his graduation, Conway FBC checked off most of the boxes of things he was looking for — college town, small town, multiple-staff church. The only thing that didn’t fit was it wasn’t a senior pastor slot.


“Bill Probasco was pastor of First Baptist, and he invited me to come preach on July 5, 1977,” Pillow remembered. “They had two services, and between them, Dr. Bob Benafield comes up to me and says, ‘I’m chairman of the Search Committee; we’re looking for an associate pastor; would you be interested?’


“I said, ‘Yeah, if you’re interested in a true associate pastor and not just somebody to carry the pastor’s briefcase,’” Pillow said. “So five weeks later, I came back to Conway, and I’ve been here ever since.”


Besides the addiction ministries, his 44-year career has also included four years as campus minister at what’s now UCA, five as associate pastor at First Baptist, 17 as senior pastor at Second Baptist, eight at Cornerstone Bible Church and 17 and counting as president of Fresh Start Ministries International.


Before his addiction ministry took off, Pillow was selected No. 7 in the Log Cabin Democrat’s 1997 list of the 10 Most Influential Men in Faulkner County.


He said he told Fred Petrucelli, the LCD writer, “If I can do that, anybody can.”


“I’m just an ordinary guy,” he said. “I have no super talents or really anything in a pedigree. I’m just a man with a dream, a long-time dream, and I have a passion for what I do and a compassion for those I serve. I love people who struggle with addiction.”


They love him, too.


Debra Rigdon’s son, Kasey, is a two-year graduate of the Renewal Ranch program. She can’t say enough about Pillow’s influence.


“The programs he has started or been a part of starting and encouraging have saved so many lives,” she said. “They’ve given people back to their families. They’ve given parents back their children and children back their parents.


She said through Renewal Ranch, she took a class on grief.


“You’re sad and frustrated dealing with addicts, but you really have grief for what they could’ve been, that this life is wasted,” she said. “Going through the program helped put everything in perspective. And then you have hope. After seeing the results of all the guys and their families, you replace the grief with hope.”


Many people suffer losses, but Pillow said what they do with those losses is what really matters.


“How we respond to our losses really determines, to some extent, our destiny,” he said.


And although the numbers are telling, they aren’t everything.


“My focus is on the next person who needs help,” he said. “The factual information is with the current ministries we’ve helped start, we have more than 100 beds available. Typically, two groups per year graduate, and the typical resident impacts five people, so we’re reaching 1,000 people per year with what we’re doing right now.


“I play a minor role in a major work. The real difference-makers are the staff that is there on a daily basis. I’m a part of that, but I certainly don’t feel like it’s only because of me.


“But it’s fascinating to me to see the tapestry unfolding. I’m a blessed man.”