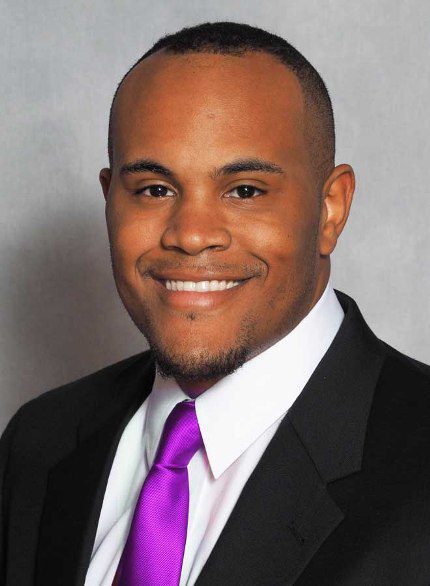 The University of Central Arkansas recently welcomed former great Larry Hart back into the fold as an assistant coach on Steve Campbell’s football staff.


Hart, a former All-American and NFL draftee as a defensive end at UCA, will coach the defensive line, replacing Dan Augustine, who resigned.


“I knew what a great player he was dating back to Madison (Miss.) Central High School,” said Campbell, who has numerous ties to the state of Mississippi. “And then Larry played at Holmes (Community College) when I was at (Mississippi) Gulf Coast (CC). Then I kind of followed him a little bit when he was up here. I try to keep up with all the guys that are in that league, and I knew he had a great career here.


“I had a lot of guys who either coached for me over the years, or coached with me, that have crossed paths with Larry on various levels. They all really gave him tremendous recommendations. What a great person he is, high character, not to mention he was a great football player and all that goes with that. But the biggest thing was what a great guy he was, and what a great mentor he’d be for our young men.


“So it was really a no-brainer. This was probably as quick a coaching search as I’ve ever done. But you could search far and wide and not find a former UCA All-American with NFL ties, who is coming for one of your recruiting footprints. You could do a search and leave it open for six months and there wouldn’t be anybody who checks as many boxes as he does.”


Hart, who transferred to UCA in 2008 from Holmes in Goodman, Miss., was a two-time Southland Conference Defensive Player of the year for the Bears (2008-09). He was drafted in the fifth round of the 2010 NFL Draft by the Jacksonville Jaguars, the 143rd pick overall, which is the highest in UCA history. He was an All-American by multiple publications/organizations in both 2008 and 2009 and was on the SLC All-2000s Decade team.

Hart played two seasons with the Jaguars, and also spent time with the Green Bay Packers and Oakland Raiders, as well as the Calgary Stampeders of the Canadian Football League (CFL) and the Virginia Destroyers of the United Football League (UFL). Hart coached most recently as defensive line coach at Holmes and was a two-year graduate assistant at Arkansas State University (2014-15).


“That’s 100 percent what it’s all about at the end of the day. To me, football is secondary. The first thing is helping these guys develop into men, because at some point in time they are going to be husbands and they are going to raise kids. I want to have a positive impact on those guys in that way first. The football will take care of itself. A lot of times, when you help guys develop as men, they’ll want to come to football and want to come to work every day.”


Hart, who served as a strength and conditioning intern at UCA in the summer of 2013, is excited to be back in Conway.


“Obviously, I’ve always wanted to come back here and coach here, to be a part of this staff,’ he said. “This opportunity here just came out of the blue but I’m very grateful for it. The coaching staff seems great, Coach Campbell seems great. It just looks like it will be a great fit for me. I’m fired up and I’m ready to go.’


Augustine, who took over the UCA defensive line the year after Hart graduated, resigned to enter the private sector.


“Dan Augustine did a tremendous job for us,’ said Campbell. “He touched a lot of lives in the time he was here. He was an outstanding football coach. We certainly wish him and his family well as he moves forward.”


Matt Kitchens, who coaches safeties at UCA, will take over the special teams coordinator duties for the Bears.