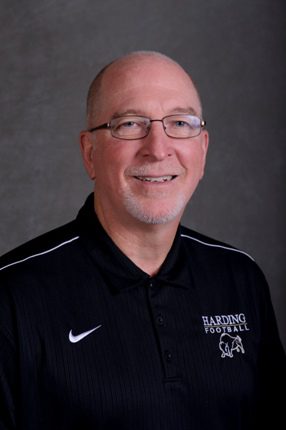 Ronnie Huckeba, head football coach at Harding University, will join the University’s Office of Advancement in January. Huckeba announced Aug. 10 that he would be stepping down as head coach at the conclusion of this season.


Dr. Bryan Burks, vice president of advancement, said he is looking forward to Huckeba moving into his new role as senior advancement officer for the state of Arkansas.


“With his strong reputation and numerous connections from coaching at Harding for many years, I believe he will make an immediate impact in our area of fundraising,” Burks said.

“The same strengths seen in his head coaching — such as a love for Harding and our students, a genuine love for people, and a strong work ethic — will be well utilized in his new role in our University advancement office.”


Huckeba is entering his 10th season as head coach of the Bisons and his 31st on the coaching staff. He has led Harding to four consecutive winning seasons.