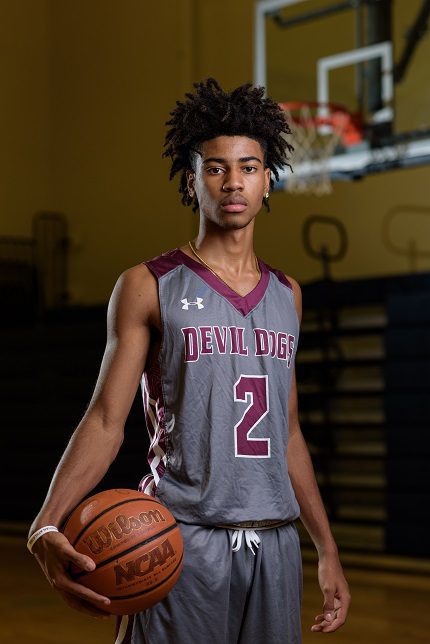 
After dropping the first two games of the season, Morrilton has won seven of their last eight games and look to build on the accomplishments of last year. According to senior guard Rashid Washington, the team’s turnaround is fueled by textbook hard work and dedication.


“One of my favorite memories as a player was winning the conference championship last year,” Washington said. “It was a special time for me and my team, and I’ll always remember playing together alongside my friends. This year, I think we can do it again and go further into the state tournament. We have worked hard in the offseason and are continuing to work hard each day in practice, focusing on the things that make us uncomfortable on the court so that we’ll be able to overcome them during a game.”

Washington was selected to this year’s 501 Basketball Team — 37 players representing the best the 501 has to offer both on and off the court. The team is sponsored by Conway Ortho and Sports Medicine, Conway Regional Health System and First Security Bank. Washington was nominated by his head coach, Keith Zackery.


“Rashid has a high knowledge of the game, which allows him to see things before they happen,” Zackery wrote in his nomination. “He has become a very unselfish guy, and his leadership of this team is beginning to take form. He is strong academically and handles adversity well.”


For Washington, the Devil Dogs (7-3) defining moment of the season came from a close victory against a tough opponent.


“Two weeks ago, we defeated Hot Springs, 45-44,” Washington said. “It was a close game, but in the last few minutes, our defense locked down and would not allow them to even get in the paint to attempt the last shot. It was a big night for us, and it let us know that we can stop anyone if we put our mind to it and trust the process. That night, we learned that if we stick together and play as a team, then we can win and beat any team.”


From a young age, Washington gained athletic inspiration from those he is closest to.


“My family has always played sports,” Washington said. “My dad and grandpa played basketball, and my stepdad won a basketball state championship with Morrilton years ago. I always knew that I’d try to follow in their footsteps.”


Last season, Washington found a way to overcame a personal challenge that kept him away from the game he loves.


“Last year, I wasn’t eligible to play during the first half of the season due to my grades,” Washington said. “Even though I wasn’t playing, I still worked hard every day in practice to help my team get better and pushed them each day. I also worked harder in the classroom and tried to get more focused on my school work. Things are much better now, and I’m happy to be back on the court with my team.”


Off the court, Washington enjoys spending time with his teammates and entertaining the elderly in his community. In the future, the senior hopes to continue playing basketball on the collegiate level and hopes that his story will inspire those who wish to follow in his footsteps one day.


“Work hard every day,” Washington said. “Even when things seem hard, never give up. If you believe and trust in the process, things will get better, and you’ll become who you want to be.”


“I hope Rashid will be the poster child for how we build kids through our program,” Zackery wrote. “He has developed tremendously in every facet of his life. I love coaching him. He has added 30 pounds of muscle, has pulled his grades up, has become a player that coaches should mark as a sleeper, [improved his] mentality about life, and I want him to have huge success because I know where he was as a freshman versus now.”