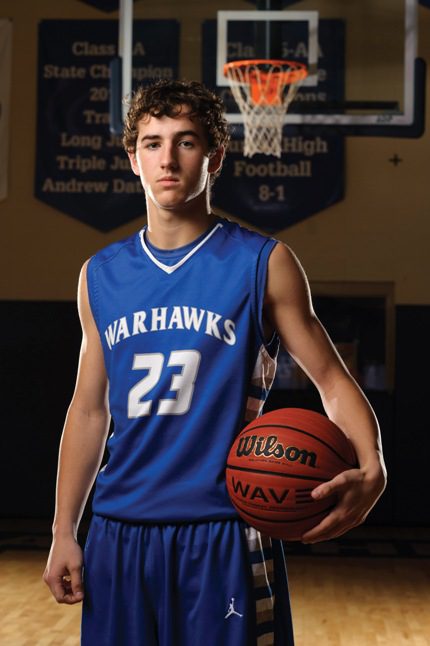 
The Mount Vernon-Enola Warhawks are in the midst of a part of their conference schedule that could best be summed up as “rivalry row.”

The Warhawks faced Guy-Perkins last Friday, Sacred Heart on Tuesday and take on Wonderview this Friday.


“Sacred Heart, Nemo Vista and Wonderview — Guy is our biggest rival,” said Keeton McEntire, a senior shooting guard for the Warhawks. “We all like playing each other.”


McEntire was selected to this year’s 501 Basketball Team — 24 players representing the best the 501 has to offer both on and off the court. McEntire was nominated by Mount Vernon-Enola’s head coach, Justin Rodgers.


McEntire has been on a basketball court since second grade, or as he puts it, “as soon as I could start.”


He’s spent many a summer on a basketball court through AAU. He’s driven by a singular truth.


“One of the things I focus on whenever I play is the saying, ‘Hard work beats talent when talent doesn’t work hard,’” McEntire said. “That’s big. It’s true. You can have all the talent in the world, but if you don’t have any work ethic and you don’t play hard enough, people who work harder than you are going to overcome.


“I want to be a Christian athlete and leader and be an example to the other players. I want to lead the team to as many wins as possible and be a part of that. I want to help us grow in the team and have everyone be like a brotherhood. We’re trying to make it to state.”


“He is always encouraging the other teammates positively,” Rodgers said. “He lifts up those who need it. He works really hard to have the best grades he can have to continue his education after high school. He also encourages his classmates to do the best work they can.


“He is our leader and go-to player when we need it.”


Off the court, McEntire serves as reporter for Future Farmers of America at Mount Vernon-Enola. He also shows animals at the fair. McEntire is a two-sport athlete — he also leads the Warhawks on the baseball field as a pitcher and at shortstop. He plans to pursue athletics at the next level at Central Baptist College.


“God is No. 1 in my life and always will be,” McEntire said. “I attend Mount Vernon Baptist and go on mission trips a lot. It’s one of my favorite things to do. We went to Puerto Rico two summers ago. It was the best experience of my life. These people need everything. It really makes you stop and think and realize how wealthy you really are.”