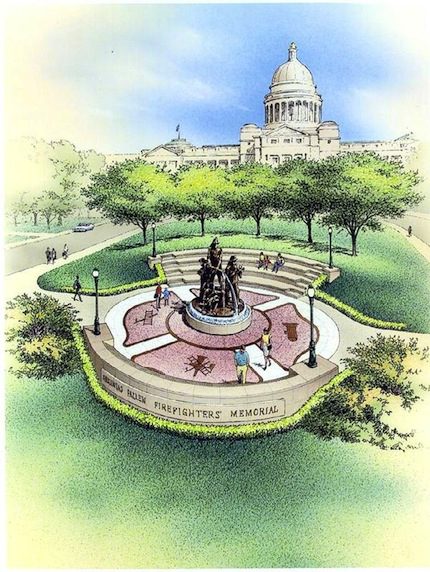 After 25 years of fundraising and hard work, ground will be broken at 2 p.m. Saturday, March 23, for the Arkansas Fallen Firefighters’ Memorial that will be located on the west side of the Arkansas State Capitol Grounds in Little Rock.

This site will be a place of reflection, honor and education for this and future generations.

The names of dozens of men and women who have died in the line of duty will be etched in the granite that surrounds the "Win Rockefeller Fountain of Faith" with a bronze statue representing the branches of the fire-service in Arkansas.

Additional names will be added as needed.


“We must step up to tell the families that their family members did not die and then were forgotten. They paid a price for their dedication and sacrifice. The children need to know of the firefighter’s duty in the face of danger,” said chairman Johnny Reep of the Fallen Firefighters Memorial Committee.