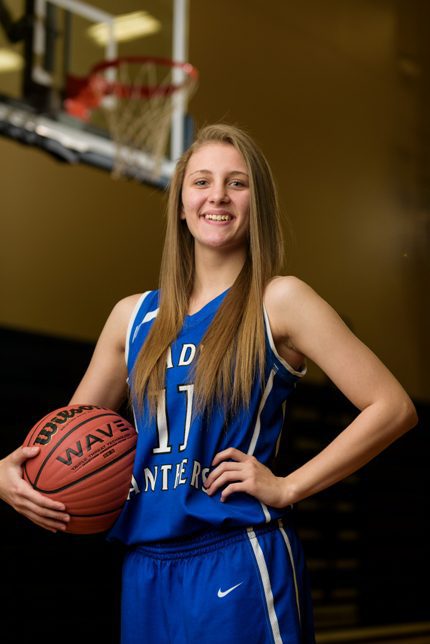 
While it hasn’t been the season the Greenbrier Lady Panthers had hoped for, they haven’t given up. Senior Kassadie Knowles is proud of how her team has finished.


In January against Searcy, the Lady Panthers entered the locker room at halftime down 20 points.


“It was our homecoming game, and the first half we were not very good,” Knowles said. “The speech coach gave us was good, and we made sure to go after every loose ball and to play aggressive the second half. We ended up coming back and winning the game.”


It’s been an up and down year for Greenbrier, but the Lady Panthers have continued to play hard late into the season. Greenbrier picked up its fifth win last Friday at Morrilton.


Knowles was selected to this year’s 501 Basketball Team — 34 players representing the best the 501 has to offer both on and off the court. The team is sponsored by First Security Bank and First Service Bank. She was nominated by her head coach, Tobin McCammon.


“Kassadie is an excellent leader and hard worker,” McCammon wrote in his nomination. “She is a good ball-handler and shooter, and she makes the team go. She’s an excellent student and very driven to be successful. She demands the best from herself and leads by example.”


Basketball has been an integral part of Knowles’ life since an early age. “I always loved playing basketball,” she said. “It gave me something to get my mind off things.”


That love was almost forcefully taken away from Knowles last year.


“My junior year, I tore my ACL and meniscus,” she said. “Having to go through that — I honestly thought I wasn’t going to be able to play basketball again, but I didn’t give up through all the rehab and strength tests. I finally got cleared, and I was back my first game this senior year.”


Knowles has lived out an example of perseverance for her teammates. Donning the uniform and stepping on the court this season represents one of her greatest victories.


“Coming off an injury, it took a while for her to get back in the swing of things, but we looked for her to be a big part of things throughout the season,” McCammon said. “Kassadie did not let her injury defeat her. She worked very hard to put herself in position where she could play this season.”


“Playing for Coach McCammon can be rough at times,” Knowles said. “But I have to say, he’s one of the best coaches I’ve played for. Coach McCammon is a tough coach, but in the long run he has made me a better player, and I’m very blessed to have him as a coach.”


With the regular season finale this Friday, Knowles is ready to close out the season on a high note. And the final opponent couldn’t be any more perfect for the Lady Panthers.


“Vilonia is our rival, and it’s always a good fight,” Knowles said. “I want to play as hard as I can and leave everything on the court so I can look back and be able to say I gave it my all and have no regrets.”


The Lady Panthers play host to Vilonia at 6 p.m. Friday.