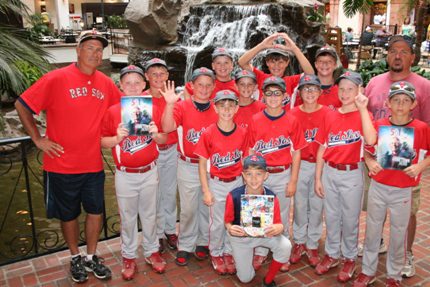 The Greenbrier Red Sox recently returned from Dallas, after participating in the 2013 USSSA Baseball World Series.

The Red Sox qualified for the World Series after placing in several tournaments and finishing fourth overall in power ranking in the Arkansas AA 11U classification.


The team is coached by Tom McNulty and Brian Belk.