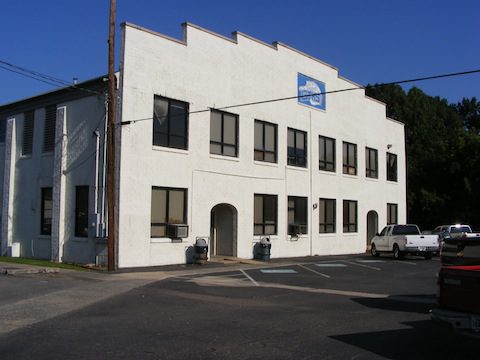 
The Greenbrier School District is planning a special farewell for a building that holds a lot of memories.


Local residents will have a chance to visit the Old Gym on the junior high campus and reminisce from 1-3 p.m. Saturday. According to Kim Austin, EAST facilitator at Greenbrier High School, the event is being planned “because of so much history and fond memories attached to the Old Gym.”

As part of the district’s EAST program, sophomores Molly Churchwell and Blyne Cameron-Wyatt began working last year on a project on the gym. They have researched the facility while also developing plans to promote the community farewell event. A brochure detailing the history of the gym will be distributed on Saturday. Students have also collected photos that they hope to share with the community.


Built in 1950, the architect for the gym was Hugh Henry, who was serving at the time on the Greenbrier school board. Clyde Kelso was the contractor.


The gym was modeled after one at Arkansas State Teachers College (now the University of Central Arkansas) and was one of the first to have a raised seating area for spectators which earned it the name “dungeon” by opponents.


Oliver Brannon, who was the district’s maintenance worker, welded the beams for the gym. Sue Batson, his daughter and a longtime Greenbrier teacher, recalls climbing on the beams while the building was under construction. According to the research, four students helped during the summer of 1950 during construction on the building – Jimmy Lieblong, Bobby Hankins, Robert Wilson and Martin Owen Glenn.

The first basketball game was played in the gym on Dec. 5, 1950, against Enola. Greenbrier won both the girls and boys games. In 1958, the gym was the site of the state basketball tournament. Greenbrier had four state championship girls teams (1956, ‘57, ‘58 and ‘60) and two boys teams (’65 and ’66) that played in the gym. On Saturday, team photos and trophies will be displayed.


While the gym has hosted athletic events, it has also been the venue for many band concerts as well as Christmas programs.


According to Austin, the gym is being torn down because of structural issues and maintenance expense. Demolition is scheduled to begin the second week in October.


The district is planning a physical education building with a double court gym on the site. Construction expected to be completed by the beginning of the 2012-13 school year. The Old Gym floor will be used in the entrance to the new facility and the gym’s “signature” fan-shaped glass basketball goals will also be featured.


For additional information on the event, please contact Kim Austin at [email protected].