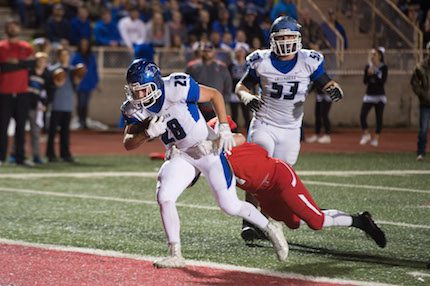 The Greenbrier Panthers rode an explosive offense to a second-place finish in the 5A West in 2015. The Panthers hosted a first-round playoff game, defeating Beebe, 35-21, before falling in the quarterfinals at Batesville.

Senior Carter Burcham — a 501 Football Team honoree — moves to quarterback after playing mostly receiver last fall. In limited time at quarterback, Burcham was 19-of-39 passing for 240 yards and three touchdowns.


“Carter is ready to take over the position after playing in a back-up role last year,” said Coach Randy Tribble.


Junior Kolin Jordan and sophomore Andrew Johnson will back up Burcham.

Junior Spencer Sutterfield will be Greenbrier’s lead running back after rushing 38 times for 214 yards and five touchdowns last fall. Senior Cody Hopper is the No. 2 back. Hopper rushed for 228 yards and one score a year ago. Sophomores Seth Howard and Tanner Vinacco will contribute in the rushing game.


Greenbrier returns two all-conference receivers who each put up more than 40 receptions in 2015 — seniors Alex Massey and Brandon Thomas.

“The other receiver positions are up for grabs, and several players are competing for these positions,” Tribble said. Other receivers who will see action in the Greenbrier spread offense include seniors Ryan McDiarmid, Jason Hill and Trystan Spencer; juniors Reese Hammontree, Logan Beaird, Gage Hogan, Grant Brown, Clayton Cullum and Tristan Rodriquez; and sophomore Talon Newton.


Senior all-conference lineman Kyle Harshberger-Walker returns to lead the offensive line at a tackle position. “After that, all offensive line positions are up for grabs,” Tribble said. 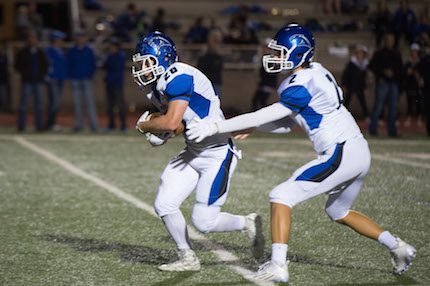 Senior Cody Bradley started some games at guard last year before breaking his leg in the playoffs. Senior Garrett Lock missed last year because of a torn ACL before the season began and is competing for a guard or center position. Junior Joseph Shaw started toward the end of the year at guard and is “likely a starter there again.” Austin Avery gained valuable playing time at guard and center last year. “Junior Logan Palmer, senior Petey McNeil and junior Christian Hogan are all in the mix for playing time,” Tribble said.


The Panthers return five starters to their 4-3 defense.

Two starters return at linebacker — Sutterfield, who earned all-conference honors at the position in 2015, and Spencer, who “took over a starting position during the season and played very well.” Other linebackers are senior Cole Krisell; juniors Rodriquez, Jordan and Cullum; and sophomores Vinacco and Nick Allen.


Junior Grant Brown returns at safety after earning all-conference as a sophomore and leading the Panthers in tackles. “McDiarmid received valuable playing time at safety last year and will compete for playing time with Hogan, sophomore Seth Howard and Newton,” Tribble said.


Hammontree and Beaird are projected to start at the corners. Ethan Hall returns to handle kicking duties. The junior kicked a last-play winning field goal against Morrilton last year. 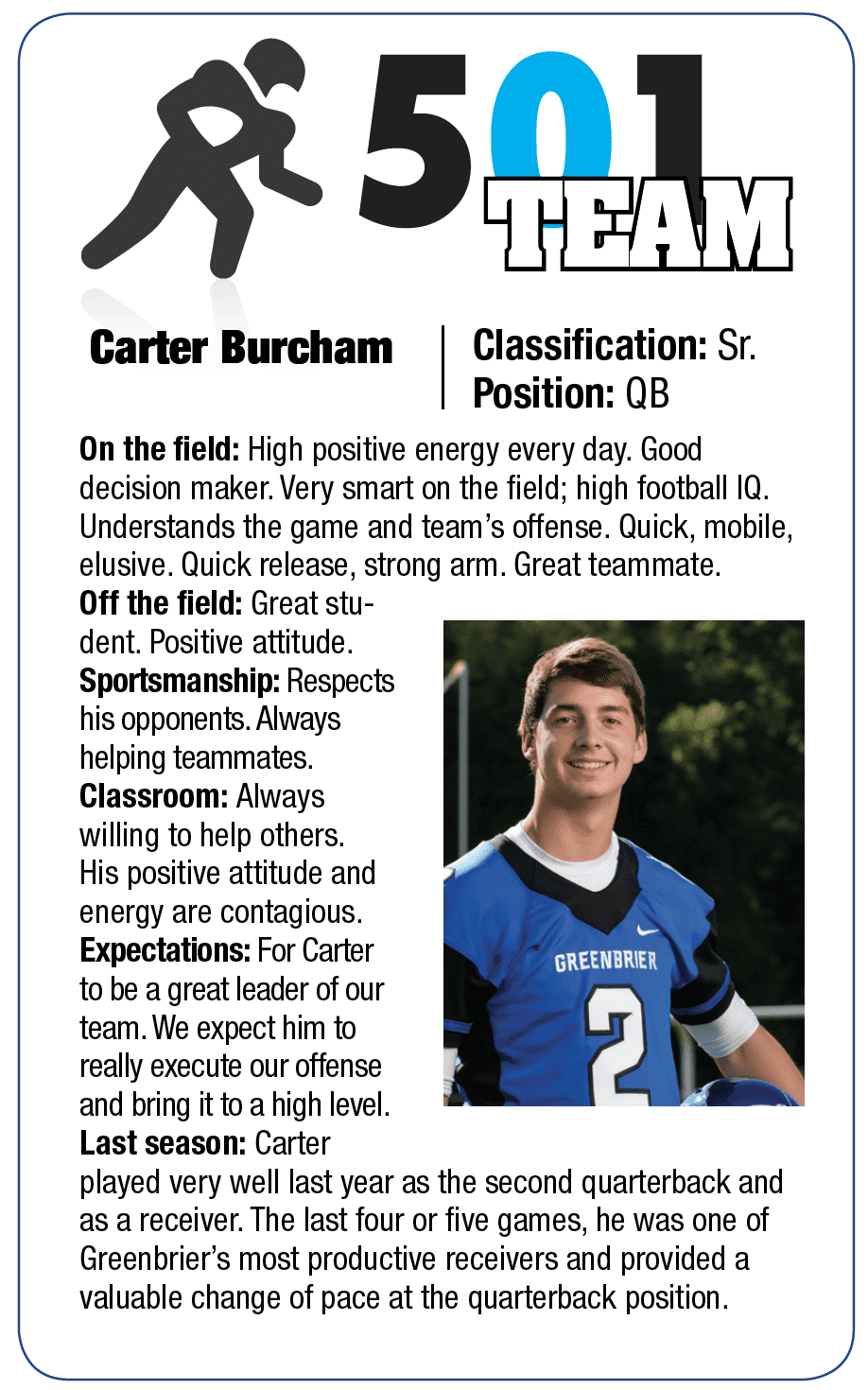 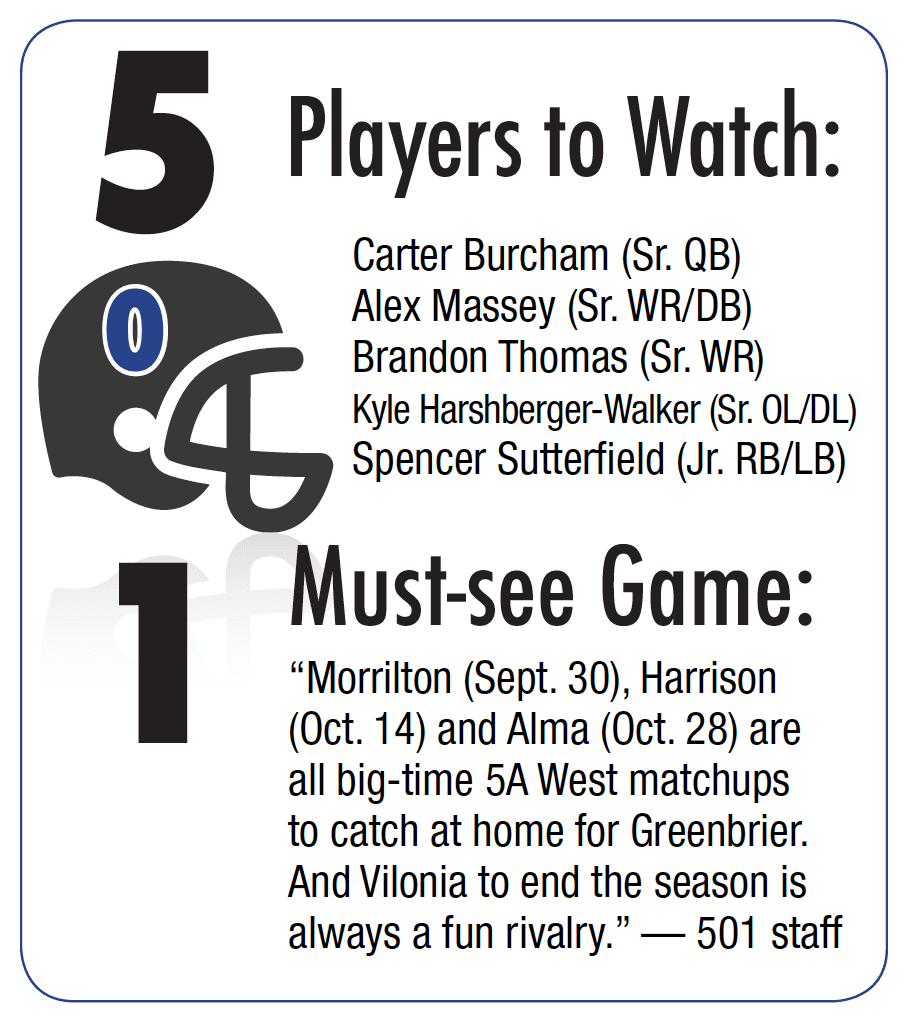