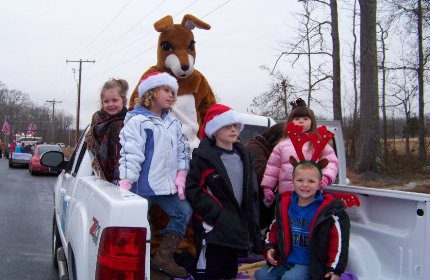 The 18th annual Greenbrier Christmas Parade — with the theme “Christmas Through the Years” — is planned 2 p.m. Saturday, Dec. 14.

The grand marshal for the parade is Maj. Archibald Douglass (Tiger) Odom of Greenbrier, who was recently inducted into the Arkansas Military Veterans’ Hall of Fame. Odom earned the Silver Star Medal, five awards of the Bronze Star Medal and two Purple Hearts while serving in the Vietnam War.


The parade will start at Wilson Farm Road and Glen Drive, in front of Eastside Elementary School.


The seventh annual Chili Cook-off presented by the Greenbrier Lions Club is scheduled at 11 a.m. in conjunction with the parade. Those entering in the contest should bring their prepared chili in a crockpot ready for judging to the Greenbrier Church of Christ, across from city hall. Chili tasting is planned noon to 2 p.m. and immediately after the parade.


Santa will be available at city hall after the parade.


For more information, contact Anita Murray at 581.0000 or [email protected].