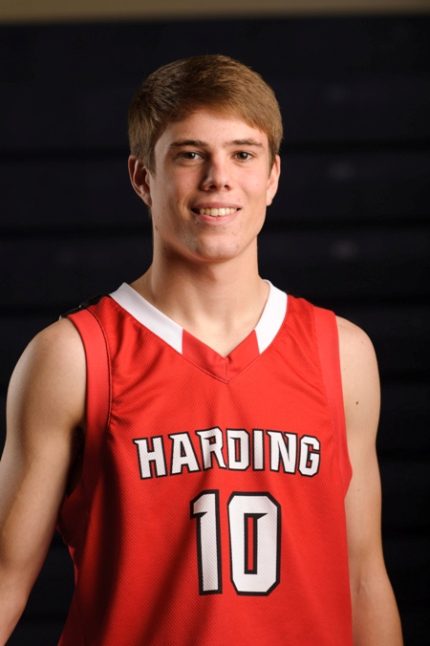 
It’s the one thing that every high school athlete dreams of — winning a state championship — being the best in the sport he or she loves. Harding Academy’s Alex Francis has enjoyed that honor not once, but four times in his high school career, and shows no signs of slowing down.


As Harding Academy’s quarterback, Francis and the Wildcats recently reached the pinnacle of high school football, downing Rivercrest, 33-18, in the Class 3A title game.


“It’s been a great year,” Francis said. “In June, when we were just getting started with preseason practices, things didn’t go as well as we wanted them to. There were a lot of obstacles for us to overcome as a team. However, each day allowed us an opportunity to get better and focus on the things we needed to do better as a unit. We grew closer and everything began to click for us. We encouraged and instructed one another. And in that state championship game, we worked our tails off to get the job done — together. Being able to see our team’s progression from season’s start to end has been awesome. Football has ended, but the relationships that I had built over the years will undoubtedly last a lifetime.”


In addition to his recent victory, the multi-sport Francis enjoyed state championship wins in baseball, basketball and football as a freshman in 2012.


“Our football state championship ring will be my fourth ring,” Francis said. “Success isn’t possible without hard work, and it’s been a blessing to be a part of something special here at Harding Academy. While each victory was special in its own way, the thing that I enjoyed most about those three victories in 2012 was that I could enjoy them alongside my brother, Will Francis.”


Francis was selected to this year’s 501 Basketball Team — 35 players representing the best the 501 has to offer both on and off the court. He was nominated by his head coach and father, Brad Francis.


“Alex is a great passer,” Brad Francis wrote in his nomination. “He is quick, handles the ball well and understands what we are trying to do as a team. He’s an unselfish teammate and a positive influence on others.”


With football season at its end, the Wildcats must now transition into basketball mode — something Francis says will take a little work.


“We had 10 of our usual basketball players still playing football for us,” Francis said. “Though the coaches were understanding and let us focus on football, it’s time for us to adjust and get into basketball shape. We’ve had a week to prepare for the season, but I think we’ll be a team that’s ready by the time the playoffs come around.”


Though the Wildcats (6-2) have played just eight games this season, Francis puts trust in the coaching the team receives from his father.


“Playing for my dad has been a lot of fun,” Francis said. “He’s been my coach since seventh grade. Every year it’s been more special getting to learn from him and him being able to help me become a better player and teammate. In a way, it’s kind of sad to think that this will be the last year that I ever play for him, but for the last few years, it’s been a lot of fun and I’ve enjoyed being able to share that with him.”


Since returning to the basketball court, Francis said that in just a few games, he’s discovered the Wildcats’ hardwood identity.


“We’re a team that has a lot of depth and can play well at every position,” Francis said. “I think that depth can be really effective for us in the long run and help wear opposing teams down. Another thing that we’re really excited about this season is our defense. We have tall guys who can defend well and grab rebounds, and we have a bunch of substitute players who can come in, play great defense and allow our starters to rest. We also have great offensive players who can make things happen. With that combination, I think we have a shot to make it all the way. I think that if we play hard every game, then anything is possible.”


Though he’s been playing the game for as long as he can remember, Francis holds a couple of basketball memories very dearly.


“When I was a freshman, I played for the junior high team, and we ended our season with a district championship win on a last-second tip in,” Francis said. “Later that year, I was able to move up to the senior high team, and I got to experience winning a state championship playing alongside my brother, Will, with my dad coaching us. That will always be my favorite athletic memory.”


When it comes to basketball role models, Francis doesn’t have to look far — the senior gathers inspiration from his older brother and former 501 Football Team member, Will Francis.


“I try to model my on-the-court attitude after my brother,” Francis said. “With the way that he treated and encouraged his teammates, some of our former players say that he’s one of the greatest players that they’ve ever played beside. I want to be the same guy. I want to be someone who looks to get other people their shot first. I want to encourage, rally and lift up my team any way that I can.”


In addition to athletics, Francis is active in Harding Academy’s Chorus program.


“Being in the Chorus is something I have really enjoyed and have been blessed to be a part of,” Francis said. “The past two years have been so much fun, and we’ve had so many opportunities to sing for others to brighten their days and be there to encourage them when they need it most. Last week, we went to the hospital and just sang for the patients there. It was something really cool that you don’t get to experience with sports. When you sing for someone, you get to see them smile and maybe even cry, because they’re so happy and joyful that you’d volunteer your time to sing and be with them. It’s powerful.”


As a member of College Church of Christ and Harding University’s Bisons for Christ, Francis also finds time to
give back to the community of Searcy.


After high school, Francis dreams of continuing his basketball career on the collegiate level.


“I have decided to attend Harding University,” Francis said. “I plan to walk on for the basketball team, in hopes of being able to enjoy my brother Will’s last season of basketball together. I’ll be a freshman next year, and he’ll be a senior. If I’m able to make the team, I’d really enjoy being able to be with him for his last season and get to enjoy that with him.”