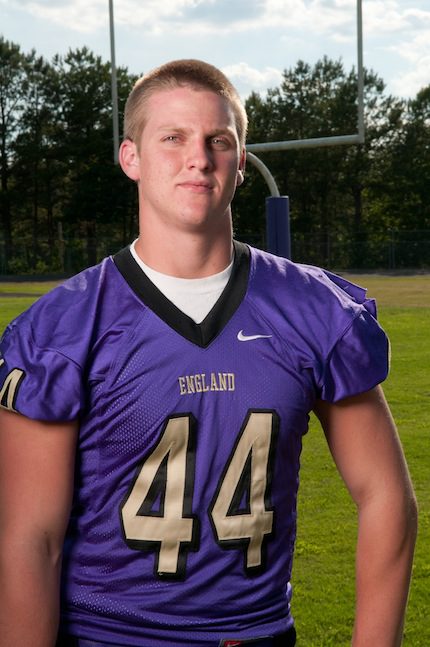 
Often, when a team undergoes a coaching change, it takes that team a season or two to retool their play. That hasn’t been the case for the England Lions. 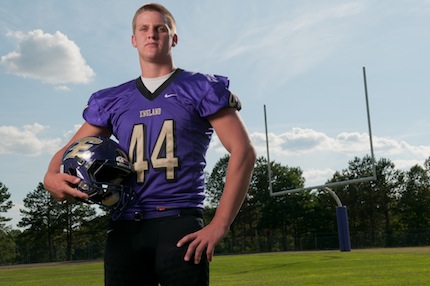 The Lions, whose season ended with a round one playoff exit to Salem last year, have bounced back to a 7-2 record after nine weeks in 2012 and appear ready to make a deeper run in the 2A playoffs. One of the biggest factors in the Lions’ success has been their strong defense, led by senior linebacker Jordan Ross.


Ross is a member of the 2012 501 Football Team – 20 players representing all 11 counties of the 501. The team boasts the best the 501 has to offer both on and off the field. He was nominated for the team by former Lions coach Brandon Barbaree.


“Jordan is a tough, hard-nosed football player, but understands the right way to play the game,” Barbaree said. “Jordan is always around the ball on defense and seems to just keep making plays.”


A football player since second grade, Ross has taken the field quite a few times in his football career.

However, Ross always looks back to one special moment: the first touchdown he scored.


“It was against Riverview,” Ross said. “The play was a corner route to the end zone. I laid out for the ball and caught the game-winning touchdown. No other score will ever compare to that one. Scoring a touchdown — it’s just another thing now.”

In a battle for the second seed in the 6-2A conference, the Lions travel to Carlisle tomorrow night to close out the regular season, The Lions lost last year’s contest, 30-14.


“We’ve been forward to Carlisle, that’s our main rival,” Ross said. “We want to try to make it to the state championship and to do that we’ll need to go through them first.”


Although he’ll soon be entering his final postseason run as a Lion, Ross is mindful of his team’s goals and is prepared to leave nothing on the line for the game he loves.


“I love football,” Ross said. “The adrenaline rush, the thrill of the game and getting out there and hitting people—there’s nothing like it.”


Off the football field, Ross is actively involved with baseball, Key Club, FCCLA, FFA and has helped start a prayer group at school.


“Jordan has a high work ethic and high integrity,” Barbaree said. “He volunteers for Little Lion football camp and is a role model to younger students. He has great leadership and commitment and he’s the voice of this team.”