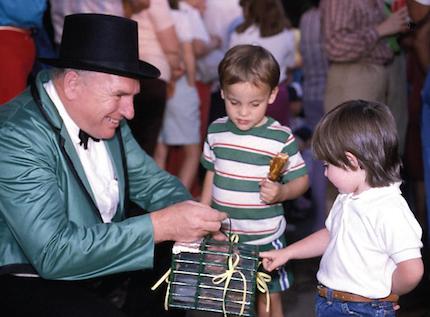 
There is a scene in one of my favorite movies, “City Slickers,” in which Curly, a cowboy leading the trail ride, talks about all people who come to their dude ranch in search of something they are missing.


“You city folk, you worry about a lot [of stuff] . . . You spend about 50 weeks a year getting knots in your rope, then you think two weeks up here will untie them for you.”


Then, he goes on to say that the secret of life is “this,” as he holds up a single finger. “One thing,” he said, “Just one thing.”


The city slicker riding with him asks, “What’s the one thing? “


Curly says, “That’s what you’ve got to figure out.”

Every January, around 132 million Americans make new year’s resolutions. Only 8 percent manage to keep them through the first month of the year. We see the new year as the chance for a new “me” — a new life, filled with new happiness. So, why do so many of our goals fall short?


I believe it’s because we have too many things that we call “priorities.” Most people can call out a list that usually goes like this: God, family, church, job. That’s a lot to juggle!


When someone came to Jesus and asked him what the most important thing is, he said one thing: “Love the Lord your God with all your heart” (Matthew 22:38). Then he immediately said that there was a second: “Love your neighbor as yourself” (Matthew 22:39). He told them that everything else hung on two things. Love God, and love others like they were you.


There are so many religions, but they all have these two principles: Honor the creator and care for others like they are special.


Even the 10 Commandments (common to Christianity and Judaism) are built on these two priorities. The first four commandments focus on our relationship with God (one God, don’t worship idols, don’t profane God’s name and keep the Sabbath). The next six commandments teach us how to treat each other (respect your parents, don’t murder, don’t commit adultery, don’t steal, don’t lie and don’t covet).


In virtually every faith tradition, the concept of “sin” is related to separating ourselves from God and others. Those relationships are clearly and directly related to our emotional, spiritual, intellectual and physical wellbeing because we are called to love God with our heart, soul, mind and strength (Deuteronomy 6:5, Mark 12:30).


This year, if you are one of the 132 million Americans who are working on new year’s resolutions as the first step for a new life — or especially if you aren’t — maybe you could consider throwing away the complicated lists that require workouts, new diets, new hobbies or other life changes. Instead, consider making first things first. Love God and love others. First. And always.